Province of Messina facts for kids

Messina (Italian: Provincia di Messina; Sicilian: Pruvincia di Missina) was a province in the autonomous island region of Sicily in Italy. Its capital was the city of Messina. It was replaced by the Metropolitan City of Messina.

The province included the Aeolian Islands, all part of the comune of Lipari (with the exception of Salina). The territory is largely mountainous, with the exception of alluvial plain at the mouths of the various rivers. The largest plain is that in the area between Milazzo and Barcellona Pozzo di Gotto, which, together with Messina, form a metropolitan area of some 500,000 inhabitants, one of the largest in southern Italy. Much of the population is concentrated in the coastal area, after the hill towns have been largely abandoned from the 19th century.

Rivers of the province include the Alcantara and the Pollina, which forms the border with the province of Palermo to the west. 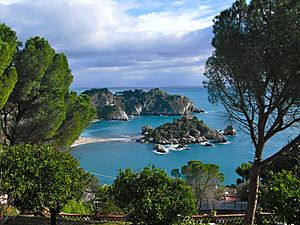 the Isola Bella at Taormina city 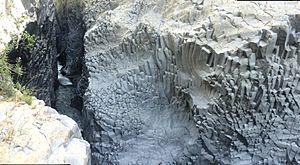 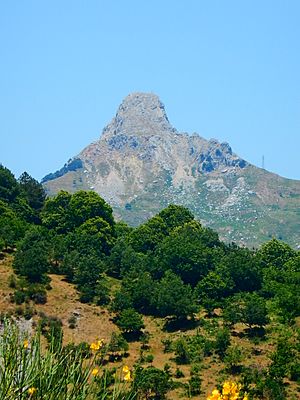 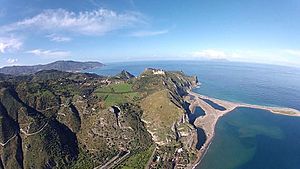 the Sanctuary of Tindari over Marinello lakes 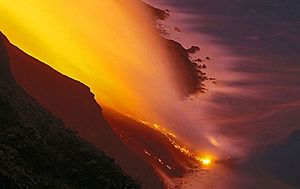 The main comunes by population are:

All content from Kiddle encyclopedia articles (including the article images and facts) can be freely used under Attribution-ShareAlike license, unless stated otherwise. Cite this article:
Province of Messina Facts for Kids. Kiddle Encyclopedia.