Radical Axis was founded in 2000 by Scott Fry, an original animator on the series Aqua Teen Hunger Force. 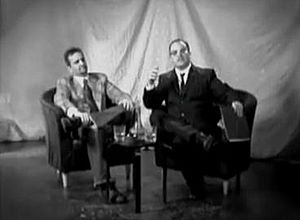 Specializing in animation and design for episodic and commercial projects, the studio also provides turnkey production services that include the creation, execution, and delivery of broadcast ready content. For Freak Show, Radical Axis handled all aspects of production, from initial audio records, design and storyboards to the final delivery of the master.

The studio was profiled in a 1940s-style mockumentary short, "Radical Axis Presents Radical Axis Presents", that appeared as a Special Feature on the Aqua Teen Hunger Force Volume 6 DVD. Radical Axis has also been praised by comedian and Freak Show creator/writer, David Cross, who said, "Radical Axis is to animation what the Gutenberg Bible is to publishing. In short, one of the most significant, groundbreaking inventions in history that will move us forward and out of these dark ages. That, and they're funny too."

In addition to its work in episodic television, the studio has also provided animation, motion graphics, and design services for hundreds of commercial projects for companies as varied as Chuck E. Cheese, Earthlink, Cheetos, and L'Oreal.

One of the fastest growing animation studios in the Southeast, Radical Axis has nearly doubled in revenue and staff each year since its inception in 2000. The studio also has offices in Studio City, California and Bangkok, Thailand. After operating out of a storage closet at Cartoon Network's Williams Street facility for two years, Radical Axis moved into a 2,800-square-foot (260 m2) studio in Midtown Atlanta, before expanding again to over 6,000 square feet.

In 2005, Radical Axis averaged a completed commercial project every four days and a television program every three weeks.

All content from Kiddle encyclopedia articles (including the article images and facts) can be freely used under Attribution-ShareAlike license, unless stated otherwise. Cite this article:
Radical Axis (studio) Facts for Kids. Kiddle Encyclopedia.