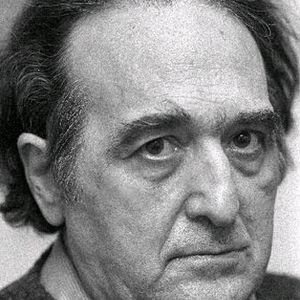 Rafael Sánchez Ferlosio (4 December 1927 – 1 April 2019) was a Spanish writer. In 2004, he was awarded the Premio Cervantes for his written work in the Spanish language. He also won a Premio Nadal for his novel El Jarama (1955). He helped writing in Spain to become popular again after the Spanish Civil War, along with other young writers such as Juan Goytisolo and Ana María Matute. He later stopped writing for around twenty years. He never said publicly why this was but critics have said it may have been a silent dislike of the Spanish military dictatorship of Francisco Franco.

Sánchez Ferlosio Rome, Lazio, Italy. His mother was Italian. His Spanish father, Rafael Sánchez Mazas (1894–1966), was a nationalist writer and a leader of the Falange. Sánchez Ferlosio was married to writer Carmen Martín Gaite.

All content from Kiddle encyclopedia articles (including the article images and facts) can be freely used under Attribution-ShareAlike license, unless stated otherwise. Cite this article:
Rafael Sánchez Ferlosio Facts for Kids. Kiddle Encyclopedia.