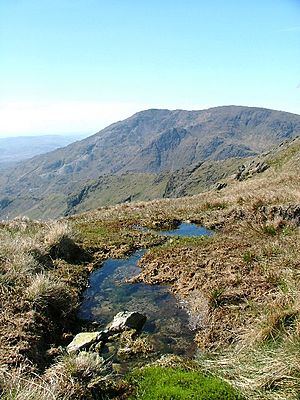 The source of a river or stream is the original point from which the river flows. It may be a lake, a marsh, a spring or a glacier. This is where the stream starts.

The source is the farthest point of the river stream from its estuary or its confluence with another river or stream. Rivers are usually fed by many tributaries. The farthest stream is called the head-stream or head water. There is sometimes disagreement on which source is the head water, hence on which is the true source.

The source is where a river begins, and the river mouth is where it joins the sea. The mouth may be in the form of a river delta.

All content from Kiddle encyclopedia articles (including the article images and facts) can be freely used under Attribution-ShareAlike license, unless stated otherwise. Cite this article:
River source Facts for Kids. Kiddle Encyclopedia.