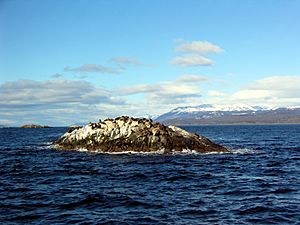 Saline water (also called salt water, salt-water or saltwater) is water with a high amount of salt in it. It often means the water from the seas (sea water) and oceans. Almost all the water on Earth is saline.