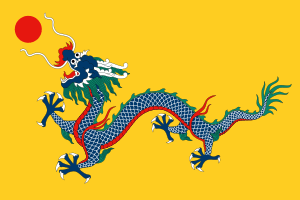 After the defeat of Opium Wars and the outbreak of Taiping Rebellion, the emperor and imperial officials realised that the Qing Government might be overthrown soon and they would no longer reign the country. In order to prevent this, a series of reforms were implemented in the Self-Strengthening Movement, sometimes called "Westernization" which sought to adopt ideas from the West, mainly in technology.

All content from Kiddle encyclopedia articles (including the article images and facts) can be freely used under Attribution-ShareAlike license, unless stated otherwise. Cite this article:
Self-Strengthening Movement Facts for Kids. Kiddle Encyclopedia.