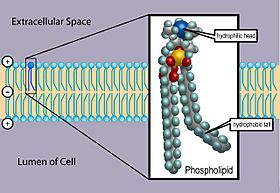 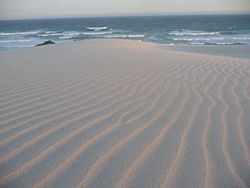 Ripple patterns in a sand dune created by wind or water is an example of an emergent structure in nature. 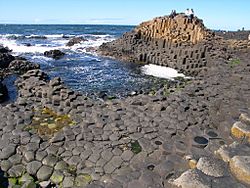 Self-organization is a process where some form of order arises out of a random system. The process is spontaneous: it happens on its own. It is not directed or controlled by any agent inside or outside the system.

Self-organization occurs in a variety of physical, chemical, biological, social and cognitive systems. A common example is crystallization. An example from biological chemistry is the lipid bilayer, which is the basis of the cell membrane, and so is of great importance.

Many self-organising things have properties which are "emergent". What this means is that one can't predict what will happen, usually because the possibilities are too many to study. Some examples:

All content from Kiddle encyclopedia articles (including the article images and facts) can be freely used under Attribution-ShareAlike license, unless stated otherwise. Cite this article:
Self-organization Facts for Kids. Kiddle Encyclopedia.