Silverado Resort is a census-designated place (CDP) in Napa County, California, United States, centered on a 1,200-acre (4.9 km2) tennis, golf and spa resort in the Napa Valley known as the Silverado Country Club. The population of the CDP was 1,095 at the 2010 census. The resort is the fifth largest employer in Napa County.

The resort's centerpiece southern style mansion was built by General John Franklin Miller in the 1860s. Amfac, Inc. developed the property as a resort in the 1960s and it was purchased by Robert Meyer in 1984 for $20 million. He sold it to Isao Okawa in 1989 for $110 million, and after his death it was inherited by his son, Setsuo Okawa; the property was listed for sale by the Okawa family in September 2009.

The original 18 hole golf course at Silverado opened in 1955, and is now known as the North Course. In 1966, it was re-designed by Robert Trent Jones, Jr. and the South Course was added. The resort also has 16 tennis courts, 10 swimming pools, 280 guest condo hotel units and private cottage suites. There are 300 privately owned condominiums on the grounds of the resort.

The resort has played host to several PGA Tour events on the North Course, including the Kaiser International Open Invitational from 1968 through 1976 and the Anheuser-Busch Golf Classic from 1977 through 1980. Champions Tour events from 1989 to 2002 were held at Silverado under the titles of Transamerica, Transamerica Senior Golf Championship, and Napa Valley Championship. The PGA Tour returned in October 2014 with the Frys.com Open. The tournament has options for the course for 2015 and 2016. In 2010, golf legend and businessman Johnny Miller, Rug Doctor Corporation founder Roger Kent, and its CEO Tim Wall assumed ownership of the resort under a partnership agreement named Silverado Resort Investment Group LLC on July 1. Dolce Hotels and Resorts Company was hired by the partnership to manage the resort. Miller made several changes to freshen up the two championship courses including lengthening the North Course by 250 yards (230 m), widening fairways, repositioning bunkers, and rebuilding tees. He also lengthened the club's driving range and added a teaching area to the range. 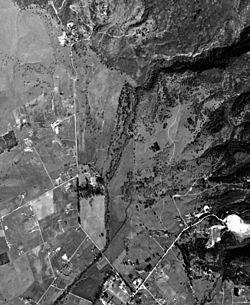 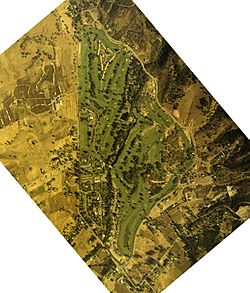 All content from Kiddle encyclopedia articles (including the article images and facts) can be freely used under Attribution-ShareAlike license, unless stated otherwise. Cite this article:
Silverado Resort, California Facts for Kids. Kiddle Encyclopedia.