This species nests in colonies on Subantarctic islands. It breeds on South Georgia in the south Atlantic and on the Prince Edward Islands, Crozet Islands, Kerguelen Islands and Heard Island and McDonald Islands in the southern Indian Ocean. It disperses to surrounding seas and vagrants have been recorded in the Falkland Islands and Australia. While 1.5 m (4.9 ft) nesting burrows are usually built on scree slopes above the vegetation line, they are occasionally built on flat land. 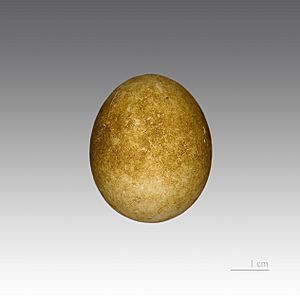 All content from Kiddle encyclopedia articles (including the article images and facts) can be freely used under Attribution-ShareAlike license, unless stated otherwise. Cite this article:
South Georgia diving petrel Facts for Kids. Kiddle Encyclopedia.