Special Branch is a label customarily used to identify units responsible for matters of national security and intelligence in British and Commonwealth police forces, as well as in Ireland. A Special Branch unit acquires and develops intelligence, usually of a political or sensitive nature, and conducts investigations to protect the State from perceived threats of subversion, particularly terrorism and other extremist political activity.

The first Special Branch, or Special Irish Branch, as it was then known, was a unit of London's Metropolitan Police formed in March 1883 to combat the Irish Republican Brotherhood. The name became Special Branch as the unit's remit widened to include more than just IRA-related counterespionage.

Most state police forces and the federal police had a Special Branch. They were tasked mainly with monitoring the Communist Party of Australia and related political groups regarded as extremist or subversive. They also focused on German and Japanese activity during World War II. 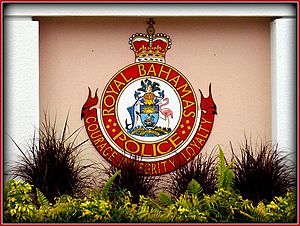 The Security and Intelligence Branch, also known as Special Branch, is the main domestic intelligence and security service in the Commonwealth of the Bahamas. It is mandated to perform intelligence operations inside the Bahamas to ensure the safety of Bahamian citizens and foreigners. The branch is also mandated to perform background checks on persons who have been recruited for jobs such as police officers and defence force officers and to check persons up for promotions. The Director of the Security Intelligence Branch holds the title "Assistant Commissioner". 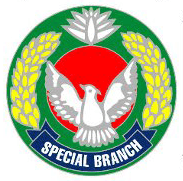 Logo of the Special Branch of Bangladesh

It is responsible for internal affairs of the country and to collect intelligence on behalf of the security services.

The RCMP Security Service was a counterintelligence unit or "Special Branch" from 1950 to 1984. It was replaced by the Canadian Security Intelligence Service.

The Special Branch unit of the Fiji Police Force is classed as one of the best intelligence units in the Asia Pacific region. Similar to their Commonwealth counterparts, the Fijian Special Branch deals with matters of national security. They facilitate Interpol, counter terrorism, surveillance, anti-espionage and VIP protection units. Entry into Special Branch is usually by recruitment. Even though it is a police unit, Special Branch also recruits from the Republic of Fiji Military Forces.

The unit's name was changed to the Fiji Police Intelligence Bureau in 2009. According to the Fijian government, this was done due to the "impact of modern crimes with other unlawful and illegal activities in national development demands dramatic changes in the Force." This was also done while the police force was being modernised.

In the face of a perceived direct Communist threat to Hong Kong, an Anti-Communist Squad was established in the Criminal Investigation Department of the then Hong Kong Police by 1930. It was named the Political Department in Chinese (政治部). In 1933, the squad's English name became "Special Branch" while its Chinese name remained unchanged. In addition to anti-subversion operations, its role during its first two decades also included immigration, passport control and registration of persons.

By 1949, then an elite division of the Criminal Investigation Division, Special Branch was manned by a large cohort of British officers brought in that year by Deputy Commissioner Peter Erwin, the Director Special Branch (DSB), to replace remnants of the prewar Shanghai Settlements police. Under DSB John Prendergast (later Sir John), appointed Deputy Commissioner in 1960 to lead the division, Special Branch was considered a highly professional security apparatus, pursuing anti-corruption and anti-Triad duties in addition to intelligence and counter-subversion operations. By 1977, the branch strength had reached almost a thousand.

SB officers assigned to work in Hong Kong were encounraged to work alongside MI6 agents in penetrating mainland China due to a lack of intelligence success with their Far East Controller.

The division was disbanded in 1995, prior to the transfer of the sovereignty of Hong Kong in 1997. Units of SB were reassigned under the Security Wing (Department B) – Crime and Security.

The Security Wing was revived after the 1997 transfer of sovereignty and is now responsible for the Very Important Person Protection Unit. The Intelligence Wing was eliminated and all related information was deleted to prevent it from being transferred to Chinese hands, although some files were sent back to London. The RHKPF's Special Branch did not leave any record of their work, owing to their intelligence duties.

Recent declassified documents showed that the RHKPF's Special Branch had problems with infiltration by spies working for the Taiwanese government during the Cold War.

The Special Branch is a separate wing in the state police forces in India. Like their counterparts in the United Kingdom, they deal with matters of state security. However, more serious espionage detection is the responsibility of the Intelligence Bureau (IB), India's federal internal security agency.

There have been many allegations that the Special Branch is used by the ruling government (and the political party) for setting up surveillance on their political opponents. The Special Branch has its own Detective Constables, Head Constables, Inspector rankings and superior police officer rankings. Every police station is to have a Special Branch head constable or Assistant Sub-Inspector (ASI) (working plain clothes or Mufti), he would be observing the society in general, and also taking reports from the uniformed police constables on general patrol. The special branch staff play a very important role in collecting advance intelligence about law and order matters as well as illegal activities like cannabis plantation/transportation, illicit attacks, etc. They forward the information to the respective Superintendents of police for necessary action.

In Ireland, the 'Special Branch' is known officially as the Special Detective Unit (SDU). The counter-terrorist and counterintelligence unit operates under the auspices of the Crime & Security Branch (CSB) of the Garda Síochána (Irish National Police). The SDU is responsible for the investigation of threats to state security and the monitoring of persons and groups who pose a threat on both national and international fronts. The SDU works closely with other special units within the Garda Síochána, such as the National Surveillance Unit (NSU) and Emergency Response Unit (ERU), and Ireland's national and military intelligence agency – the Defence Forces Directorate of Military Intelligence. The Special Detective Unit has a close working relationship with similar units in other western countries, particularly the United Kingdom, who share information to target, detect and disrupt the activities of terrorists.

The Malaysian Special Branch is an intelligence agency attached to the Royal Malaysian Police (RMP). The SB is empowered to acquire and develop intelligence on internal and external threats to the nation, subversive activities, extremist activities and activities of sabotage and spying. It is also empowered to analyse and advise on the necessary course of action to the various departments and agencies both within the Police Department and other related agencies.

The Special Branch under the control of the Myanmar Police Force is also known as the Special Intelligence Department.

The New Zealand Police Special Branch was formally created on 29 December 1949. At the time, the-then Police Commissioner Jim Cummings decided that the section of the Police Force dealing with subversive organisations would be designated the Special Branch, following a recent precedent established by a conference of Police Commissioners in Melbourne in November 1949. Its functions included dealing with subversive organisations and vetting public servants. Known targets of the Special Branch included the Communist Party of New Zealand, the Waterside Workers' Union, and the left-wing New Zealand diplomat and alleged GRU spy Desmond Patrick Costello and the civil servant and intellectual Bill Sutch. In November 1956, the Special Branch's functions were transferred to the New Zealand Security Service, which was later renamed the New Zealand Security Intelligence Service.

The British South Africa Police (BSAP) developed its Special Branch in the early 1950s amid growing political unrest in the Federation of Rhodesia and Nyasaland. It remained active following the dissolution of the federation and was instrumental in creating the Selous Scouts during the Rhodesian Bush War. Following formal recognition of Zimbabwean independence in 1980, the Special Branch was succeeded in part by the Central Intelligence Organisation and later, the Police Internal Security and Intelligence division (PISI).

The Security and Intelligence Division is the external intelligence agency of Singapore responsible for gathering and analysing intelligence related to the country's external security. Although it is located within the Ministry of Defence, it has a certain independence in that it is not under the control of the Permanent Secretaries of Defence.

During Apartheid, the South African Police's Security Branch, also known as the Special Branch was a police unit often used to attack anti-Apartheid groups using techniques and tactics including such as conducting surveillance, infiltrating meetings, recruiting informers, and obtaining documents and leaflets. They have also been linked to torture, extralegal detention, and forced disappearances and assassinations against anti-Apartheid activists in the ANC and SACP. They first gained this role in the 1960s, under the regime of Justice Minister "B.J." Vorster, who convened the Special Branch to target these groups. Controversially, they have also been linked to the bombing of anti-apartheid groups COSATU and SACC during the South African Truth & Reconciliation Committees. It is now the Crime Intelligence Unit which investigates crime but which continues to investigate groups perceived to be enemies of the state such as social movements.

The Special Branch of Ceylon (now Sri Lanka) was created in late 1966 tasked with national security as an intelligence agency attached Ceylon Police Force. This was closed down in 1970.

The first Special Branch in the world was formed in London in 1883. It spread throughout the United Kingdom of Great Britain and Northern Ireland. Each British police force went on to form its own Special Branch, the largest being that of the Metropolitan Police until it was merged with the Metropolitan Police Anti-Terrorist Branch (SO13) to form Counter Terrorism Command or SO15 in 2006. Special Branch maintained contact with the Security Service. Although they were not part of the Criminal Investigation Department (CID), they were entitled to use the prefix "Detective" in front of their ranks.

Special Branch had responsibility for, amongst other things, personal protection of (non-royal) VIPs and performing the role of examining officer at designated ports and airports, as prescribed by the Terrorism Act 2000.

The intelligence work of Special Branch was often overlooked in some circles. This is because its role sat somewhere between that of the Security Service (MI5) and that of the Metropolitan Police Anti-Terrorist Branch (SO13). Special Branch officers were usually the ones to perform arrests of suspected spies, since Security Service officers are not authorised to take such actions; an example being the Portland Spy Ring.

It was announced, in September 2005, that the Metropolitan Police Special Branch would be merging with the Anti-Terrorism Branch of the Metropolitan Police to form a new department called Counter Terrorism Command, with the new department coming into being on 2 October 2006, thus completing a process begun when the investigative wing of the Special Branch X squad became The Anti-Terrorist Branch in 1972.

Most, if not all UK police services still maintain a Special Branch. However, regional counter terrorism units and organised crime units have since been established between smaller forces.

All content from Kiddle encyclopedia articles (including the article images and facts) can be freely used under Attribution-ShareAlike license, unless stated otherwise. Cite this article:
Special Branch Facts for Kids. Kiddle Encyclopedia.