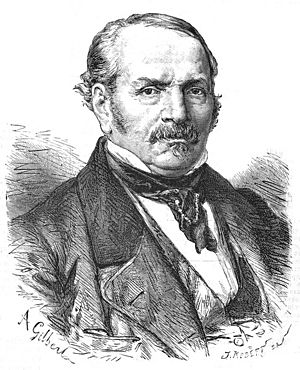 Spiritism is a doctrine promoted by the French professor Allan Kardec. His first two books were:

Other characteristics ideas of his were:

Although Kardec claimed it was distinct, spiritism is similar to spiritualism. Kardec's books were based on reporting séances in which he claimed to observe phenomena which he attributed to incorporeal intelligence (spirits). Arthur Conan Doyle included a chapter about Spiritism in his book History of Spiritualism. This said that Spiritism is Spiritualist (but not vice-versa). As a consequence, many Spiritualist works are widely accepted in Spiritism, particularly the works of scientists Sir William Crookes and Oliver Lodge.

All content from Kiddle encyclopedia articles (including the article images and facts) can be freely used under Attribution-ShareAlike license, unless stated otherwise. Cite this article:
Spiritism Facts for Kids. Kiddle Encyclopedia.