A monastery was founded on Friar's Island by Mo Lua in the 6th century. The stone church was built c. 1000, in the era of Brian Boru. The stone roof is one of the first in Ireland; most contemporary stone buildings had wooden roofs. 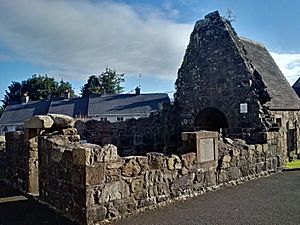 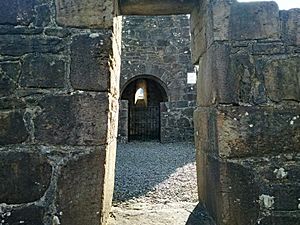 The church consists of nave and narrow chancel, built of limestone and mortar. The roof was built without a barrel vault and so collapsed in a storm.

All content from Kiddle encyclopedia articles (including the article images and facts) can be freely used under Attribution-ShareAlike license, unless stated otherwise. Cite this article:
St. Molua's Church, Killaloe Facts for Kids. Kiddle Encyclopedia.