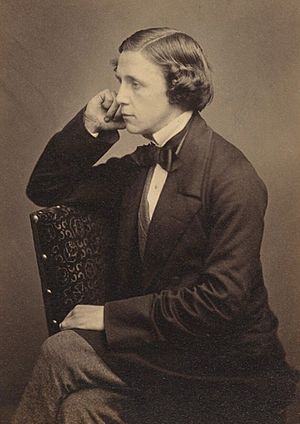 Lewis Carroll, the well-known author of Alice's Adventures in Wonderland, had a stammer, as did his siblings. 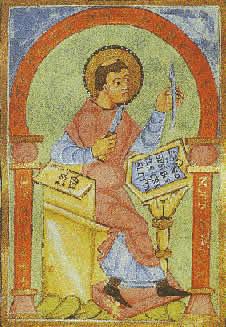 Stuttering or Stammering is a problem some people have when they speak. 5-6% of children have a stammer while 1% of adults have a stammer. Men are 4 times more likely to have a stammer than women. Stammers normally start at 2-6 years and run in families. The person knows what they want to say but the flow of their speech is ‘bumpy’ and may have some of the following features:

Stammering can be very upsetting and knock a person's confidence. Joseph Sheehan compared stuttering to an iceberg, with the bumpy parts you can hear (overt parts) of stuttering above the waterline, and the larger block of how the person feels (covert parts) invisible below the surface. These people may feel embarrassment, shame, frustration, fear, anger, and guilt These feelings may increase stress and effort making the person stammer more. Such negative feelings may be an important part of a treatment program. Stammers affect peoples lives as they may not have the confidence to apply for job interviews or make friends.

This therapy is also known as "speak more fluently", "prolonged speech" or "connected speech." It trains stutterers to speak fluently (without the ‘bumpy bits’) by controlling their breathing and how they move their lips, jaw, and tongue. Stutterers are trained to slow down their speaking rate by stretching vowels and consonants. Other methods include soft speech contacts. This helps to make very slow but non bumpy speech used only in the speech clinic. To make more normal sounding speech for daily life speed of speech is increased. Many people find their speech does not sound natural at the end of therapy. Fluency shaping approaches are normally taught in groups therapy programs, which may take two to three weeks to complete. More recently the Camperdown program, using a much shorter schedule, has been shown to work well.

There were many famous stutterers:

All content from Kiddle encyclopedia articles (including the article images and facts) can be freely used under Attribution-ShareAlike license, unless stated otherwise. Cite this article:
Stuttering Facts for Kids. Kiddle Encyclopedia.