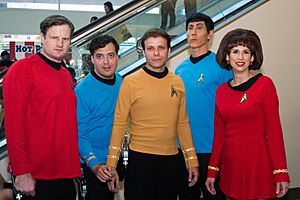 Trekkies are a subculture of Star Trek fans. 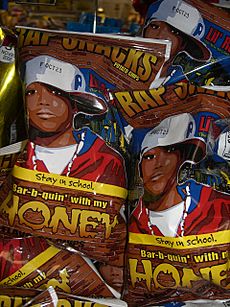 A subculture is a group of people with a culture (whether distinct or hidden) which makes them different from the larger culture that they belong to, known as the "dominant" culture. If a subculture is described as opposing the dominant culture, it may be described as a counterculture. As Ken Gelder notes, subcultures are social, with their own shared rules, values and rituals, but they can also seem self-involved—another thing that makes them different from countercultures.

Subcultures can be shown to be different because of the age, race, ethnicity, social class, location, or gender of the members. The qualities that determine a subculture as different from each other may be linguistic, aesthetic, religious, political, geographical, or a combination of factors. Members of a subculture often signal each other through the use of fashion style, certain behaviors, and use of a secret language created to prevent others not in their group from understanding them (this is known as Argot). They also live out particular relations to places: Ken Gelder talks about 'subcultural geographies' along these lines.

All content from Kiddle encyclopedia articles (including the article images and facts) can be freely used under Attribution-ShareAlike license, unless stated otherwise. Cite this article:
Subculture Facts for Kids. Kiddle Encyclopedia.