The Factory (Manchester) facts for kids

Kids Encyclopedia Facts
This page is about The Factory venue in Manchester, England. For other uses, see Factory (disambiguation).

The Factory is a cultural space currently being built in Manchester, UK, which is to be the permanent home of the Manchester International Festival. It is inspired by the city's history of innovation and MIF's "reputation for big-hitting world premieres, envelope-pushing new work" and "being one of the leading worldwide incubators for new, cutting-edge art."

It is designed by the international practice Office for Metropolitan Architecture (OMA), founded by Rem Koolhaas and will be their first major, permanent cultural building in the UK. Ellen van Loon is the lead architect and OMA have designed a structure with uniquely flexible internal spaces, as well as the spaces outside, including two public squares by the River Irwell, intended to make The Factory a destination for people living and working in Manchester, as well as visitors to the city.

The Factory's internal spaces cover approximately 13,300 square meters, with adaptability designed to enable the commissioning of large scale and intimate work across different art forms, including dance, theatre, music, opera, visual arts, popular culture and digital work, plus major exhibitions and concerts. Work commissioned for The Factory will go on to be presented around the world, whilst Manchester International Festival will continue to take place every two years.

The Factory is anticipated to bring 1,500 full time jobs and add up to £1.1 billion to Manchester's economy over a decade. It will also offer a skills, training and engagement programme for people living across Greater Manchester.

Plans to build The Factory were announced in December 2014 by then Chancellor, George Osborne, who pledged a £78 million investment as part of the Northern Powerhouse programme. The Factory was backed by Manchester City Council, which stated that the venue would "play an integral part in helping Manchester and the north of England provide a genuine cultural counterbalance to London". It has been suggested that The Factory will act as "a catalyst, encouraging other creative industries and specialist suppliers to cluster around it, establish Manchester as the country's most significant arts and cultural employment centre outside London."

The Government announced that, from 1 April 2018, they will provide Arts Council England (ACE) with an additional £9 million per annum to offer revenue support to Factory.

Manchester City Council granted planning permission for the building in January 2017, announcing at the same time that Manchester International Festival will operate the centre with Mark Ball, the former Artistic Director of the London International Festival of Theatre (LIFT), joining in June 2017 as Creative Director to oversee the development of The Factory programme alongside MIF Artistic Director and Chief Executive John McGrath.

The Factory is being constructed on the former site of Granada Studios, where Coronation Street and other TV shows were filmed and is located within St John's, a "new cultural community for Manchester" being developed by Allied London, which purchased the site with Manchester City Council.

The Factory's development coincides with that of the adjacent Science and Industry Museum, which "will become part of the creative public realm, with MSI's creative science ... balancing the creative and cultural production of Factory." SIM are building a new £6 million Special Exhibition Gallery alongside The Factory; the new gallery is set to be complete by 2020.

The Factory is situated next to the River Irwell and is close to other city centre cultural sites, including the People's History Museum, John Rylands Library, the Opera House, HOME and the Royal Exchange Theatre.

The Factory covers 13,300 m2 (143,000 sq ft), and will comprise three main flexible internal spaces including, ground floor, warehouse and auditorium, with further spaces inside and outside of the building. The warehouse will have a capacity of up to 5,000 and the auditorium up to 1,600 seated. The warehouse and auditorium can present events simultaneously, and the warehouse will also have the ability to be divided into two spaces by an acoustic wall. Both spaces can also be combined, with this adaptability meaning The Factory will be able to create and present different types and scale of event. The building will also include dressing rooms, offices, toilets, and spaces to serve food and beverage. Two public squares on the north and west sides of the building also make up The Factory site and the scheme includes the restoration and reuse of the northern brick arched portion of the Grade II-listed Colonnaded Railway Viaduct. 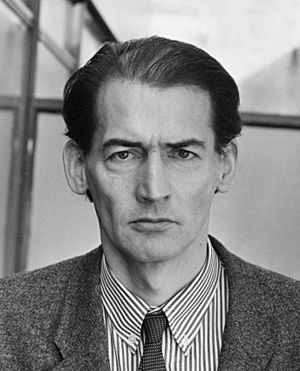 Rem Koolhaas of OMA pictured in 1987.

Lead Architect for The Factory is Ellen van Loon, who has worked on projects including Brighton College (2020), BLOX, the new home of the Danish Architecture Center in Copenhagen (2018); Rijnstraat 8 (2017); Lab City (2017); the G-Star Headquarters in Amsterdam (2014); De Rotterdam, the largest building in the Netherlands (2013); New Court, the Rothschild Bank headquarters in London (2011); exterior and interior design for Maggie's Centre near Glasgow (2011); the Prada Transformer pavilion in Seoul (2009); Casa da Musica in Porto (2005), winner of the 2007 RIBA Award; and the Dutch Embassy in Berlin (2003), winner of the European Union Mies van der Rohe award in 2005.

Manchester International Festival will occupy and run The Factory, creating a year-round programme that builds on the range of artistic output that it commissions and presents for the 18-day festival, which takes place every two years.

Like Manchester International Festival, The Factory programme will focus on premieres of new work by internationally acclaimed creators and artists, developed in partnership with local, national and international festivals, producers and organisations. Similar to MIF, much of the work created will go on to be presented around the world.

The programme will include around ten large scale commissions each year, as well as major exhibitions and up to 80 live music events. It will also receive productions from around the world and host a variety of events in the public squares outside The Factory.

The Factory will run a year-round Creative Engagement programme, building on MIF’s existing programme of work, which gives opportunities for people from different backgrounds and ages from across Manchester to volunteer, perform in festival events, participate in creative activities, learn new skills and showcase their work.

The Factory will work with and within local communities across Greater Manchester involving them as artistic collaborators in participatory projects and productions shaped by them.

MIF will continue to take place every two years, bringing new work to venues and found spaces across Greater Manchester, working with the region’s cultural organisations.

In the run up to The Factory, MIF is commissioning and presenting a series of artists and events “previewing the sort of work we plan to commission, produce and present in this extraordinary new space.” Pre-Factory commissions have included Akram Khan’s Giselle; Thomas Ostermeier’s Returning to Reims; Available Light by composer John Adams, choreographer Lucinda Childs and architect Frank Gehry; Everything that happened and would happen by German composer and artist Heiner Goebbels; Special Edition, a series of musical offerings presented with The Warehouse Project; Invisible Cities, a co-commission between MIF, 59 Productions and Rambert; Ivo Van Hove’s The Fountainhead; Rafael Lozano-Hemmer’s Atmospheric Memory; and To The Moon by Laurie Anderson.

In July 2020, MIF launched Virtual Factory – a series of online commissions by leading international artists, inspired by The Factory, its architecture and the history of the site. The first commission was Your Progress Will Be Saved, by the artist avatar LaTurbo Avedon, in which The Factory was built in the global gaming platform Fortnite Creative. Future artists include Jenn Nkiru, Tai Shani and Robert Yang.

The Factory delivers a skills, engagement and training programme under the banner The Factory Academy.

Over the next five years it is expected to create up to 1,400 fully funded skills and training places, particularly targeted at young people, providing an entry point to work in the creative industries, and reach up to 10,000 young people in the region through further learning and engagement opportunities.

Since launching in 2018, The Factory Academy has delivered several projects. In January 2019 seven local people who were not in education or employment completed a seven-month traineeship with Manchester International Festival in roles such as IT, Digital, Production, Ticketing and Development. In January 2020, five young people were employed as Creative Venue Technician apprentices with Consortium members. Two apprentices have been employed by the Royal Exchange Theatre, one at Manchester Metropolitan University (MMU), one at HOME and another by The Lowry.

In early 2019 MIF launched the People’s Forum, a group that meets regularly to help inform the development of MIF and The Factory. The group is made up of 15 members from across Greater Manchester, who were selected following an open call which saw over 100 people express their interest. A Young People’s Forum (YPF) has been running since early 2018, providing perspectives on youth culture and issues in Manchester.

The council also announced that an application for a new charity, The Factory Trust, to be chaired by Sir Howard Bernstein has been made to the Charities Commission. The council state that, "once the trust has charitable status, it will begin a programme of applications to Trusts and Foundations alongside approaches to individuals and corporations."

The timeframe of the project contains the following key milestones:

All content from Kiddle encyclopedia articles (including the article images and facts) can be freely used under Attribution-ShareAlike license, unless stated otherwise. Cite this article:
The Factory (Manchester) Facts for Kids. Kiddle Encyclopedia.