Tic-tac-toe (American English), noughts and crosses (Commonwealth English and British English), or Xs and Os/“X’y O’sies” (Ireland), is a paper-and-pencil game for two players, X and O, who take turns marking the spaces in a 3×3 grid. The player who succeeds in placing three of their marks in a diagonal, horizontal, or vertical row is the winner. It is a solved game with a forced draw assuming best play from both players.

In order to win the game, a player must place three of their marks in a horizontal, vertical, or diagonal row.

The following example game is won by the first player, X:

Players soon discover that the best play from both parties leads to a draw. Hence, tic-tac-toe is most often played by young children, who often have not yet discovered the optimal strategy. 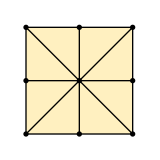 Because of the simplicity of tic-tac-toe, it is often used as a pedagogical tool for teaching the concepts of good sportsmanship and the branch of artificial intelligence that deals with the searching of game trees. It is straightforward to write a computer program to play tic-tac-toe perfectly or to enumerate the 765 essentially different positions (the state space complexity) or the 26,830 possible games up to rotations and reflections (the game tree complexity) on this space. If played optimally by both players, the game always ends in a draw, making tic-tac-toe a futile game.

When considering only the state of the board, and after taking into account board symmetries (i.e. rotations and reflections), there are only 138 terminal board positions. A combinatorics study of the game shows that when "X" makes the first move every time, the game outcomes are as follows: 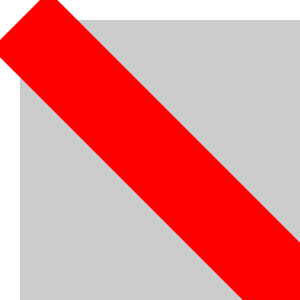 Optimal strategy for player X if starting in a corner. In each grid, the shaded red X denotes the optimal move, and the location of O's next move gives the next subgrid to examine. Note that only two sequences of moves by O (both starting with center, top-right, left-mid) lead to a draw, with the remaining sequences leading to wins from X. 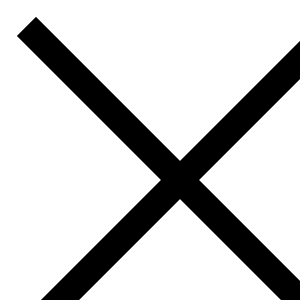 Optimal strategy for player O. Player O can only force a win or draw by playing in the centre first.

A player can play a perfect game of tic-tac-toe (to win or at least draw) if, each time it is their turn to play, they choose the first available move from the following list, as used in Newell and Simon's 1972 tic-tac-toe program.

The first player, who shall be designated "X", has 3 possible strategically distinct positions to mark during the first turn. Superficially, it might seem that there are 9 possible positions, corresponding to the 9 squares in the grid. However, by rotating the board, we will find that, in the first turn, every corner mark is strategically equivalent to every other corner mark. The same is true of every edge (side middle) mark. From a strategical point of view, there are therefore only three possible first marks: corner, edge, or center. Player X can win or force a draw from any of these starting marks; however, playing the corner gives the opponent the smallest choice of squares which must be played to avoid losing. This might suggest that the corner is the best opening move for X, however another study shows that if the players are not perfect, an opening move in the center is best for X.

The second player, who shall be designated "O", must respond to X's opening mark in such a way as to avoid the forced win. Player O must always respond to a corner opening with a center mark, and to a center opening with a corner mark. An edge opening must be answered either with a center mark, a corner mark next to the X, or an edge mark opposite the X. Any other responses will allow X to force the win. Once the opening is completed, O's task is to follow the above list of priorities in order to force the draw, or else to gain a win if X makes a weak play.

More detailed, to guarantee a draw, O should adopt the following strategies:

When X plays corner first, and O is not a perfect player, the following may happen:

Consider a board with the nine positions numbered as follows:

If X is not a perfect player, X may take 2 or 3 as second move. Then this game will be a draw, X cannot win.

If X plays 1 opening move, and O is not a perfect player, the following may happen:

Although O takes the only good position (5) as first move, but O takes a bad position as second move:

Although O takes good positions as the first two moves, but O takes a bad position as third move:

O takes a bad position as first move (except of 5, all other positions are bad):

Many board games share the element of trying to be the first to get n-in-a-row, including three men's morris, nine men's morris, pente, gomoku, Qubic, Connect Four, Quarto, Gobblet, Order and Chaos, Toss Across, and Mojo. Tic-tac-toe is an instance of an m,n,k-game, where two players alternate taking turns on an m×n board until one of them gets k in a row. Harary's generalized tic-tac-toe is an even broader generalization. The game can be generalised even further by playing on an arbitrary hypergraph, where rows are hyperedges and cells are vertices.

Other variations of tic-tac-toe include:

Another variant, Qubic, is played on a 4×4×4 board; it was solved by Oren Patashnik in 1980 (the first player can force a win). Higher dimensional variations are also possible.

The game has a number of English names.

Sometimes, the games tic-tac-toe (where players keep adding "pieces") and three men's morris (where pieces start to move after a certain number have been placed) are confused with each other.

Various game shows have been based on tic-tac-toe and its variants:

All content from Kiddle encyclopedia articles (including the article images and facts) can be freely used under Attribution-ShareAlike license, unless stated otherwise. Cite this article:
Tic-tac-toe Facts for Kids. Kiddle Encyclopedia.