Treaty of Lausanne facts for kids 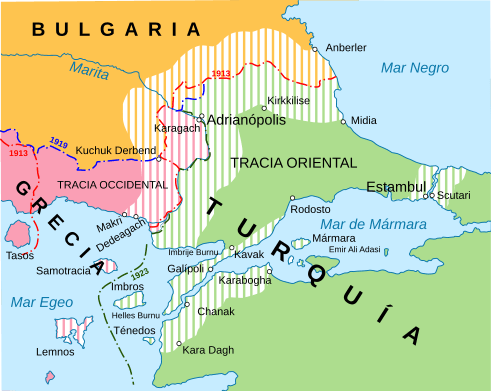 The Treaty of Lausanne changed the borders of Bulgaria, Greece, and Turkey. 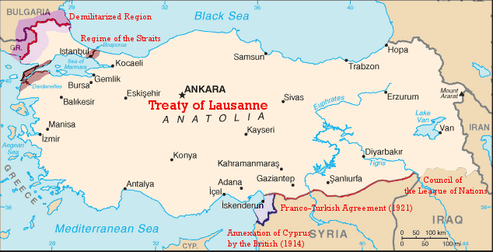 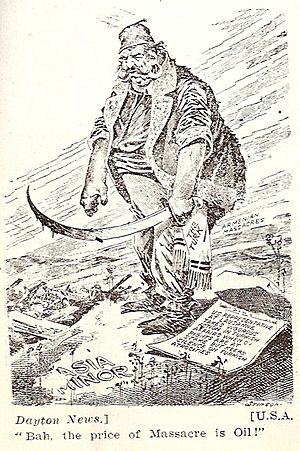 Because of the treaty of Lausanne, Turkey was not responsible for what is called Armenian Genocide today. This is a carricature from a newspoper, from 1924.

The Treaty of Lausanne was signed in 1923, after Turkey had won the Greco-Turkish War, of 1919-22. It settles the border between modern-day Greece, and modern-day Turkey, as well as other borders of Turkey. Other countries that signed the treaty include Italy, France, Great Britain, Japan, as well as the Kingdom of Yugoslavia.

Note that Greece and Turkey have had disputes, often focused on the question, which country certain (usually uninhabited) islands and rocks in the Aegean Sea belong to. In 1987, and 1996 these disputes almost led to military conflict.

All content from Kiddle encyclopedia articles (including the article images and facts) can be freely used under Attribution-ShareAlike license, unless stated otherwise. Cite this article:
Treaty of Lausanne Facts for Kids. Kiddle Encyclopedia.