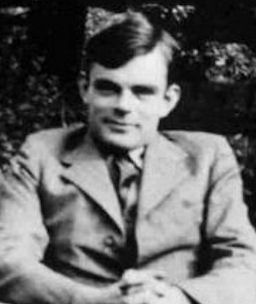 The pioneer of computer science, Alan Turing, who has featured especially in the Virtual Museum of Computing, in collaboration with Andrew Hodges.

The Virtual Museum of Computing (VMoC) is an eclectic collection of links and online resources concerning the history of computers and computer science. It includes links to other related museums, both real and virtual, around the world, as well as having its own virtual galleries of information. A particular feature is the early computing pioneer Alan Turing, among others.

This virtual museum was founded by Jonathan Bowen on 1 June 1995, originally at the Oxford University Computing Laboratory in the United Kingdom. It has been supported by Museophile Limited and also forms part of the Virtual Library museums pages (VLmp), supported by the International Council of Museums (ICOM). VMoC was subsequently hosted at the University of Reading and London South Bank University, and was mirrored around the world as part of VLmp. It is now available as a wiki on the MuseumsWiki, hosted on Wikia.

All content from Kiddle encyclopedia articles (including the article images and facts) can be freely used under Attribution-ShareAlike license, unless stated otherwise. Cite this article:
Virtual Museum of Computing Facts for Kids. Kiddle Encyclopedia.