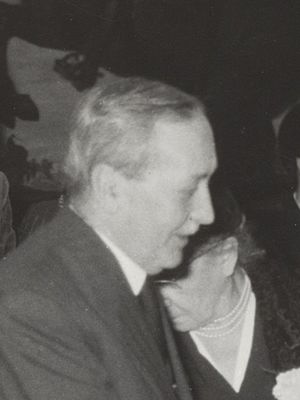 Willem Elsschot (7 May 1882 - 31 May 1960), was a Belgian writer and poet. His real name was Alphonsus Josephus de Ridder. He was born in Antwerp. His parents ran a bakery. He studied at the Atheneum of Antwerp, were he was inspired for literature by his teacher Pol de Mont. Later he went to the business high school of Antwerp and ran an advertising agency.

All content from Kiddle encyclopedia articles (including the article images and facts) can be freely used under Attribution-ShareAlike license, unless stated otherwise. Cite this article:
Willem Elsschot Facts for Kids. Kiddle Encyclopedia.