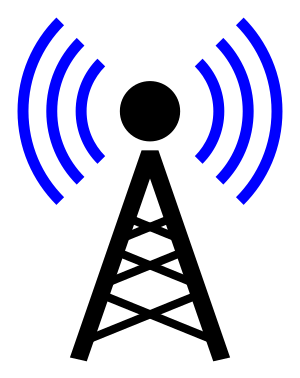 The word wireless is used to refer to any type of electrical or electronic operation which is done without a "hard wired" connection. Wireless communication is the transfer of information over a distance without the use of wires. The distances involved may be short (when using a television remote control) or very long (thousands or even millions of kilometers for radio communications).

All content from Kiddle encyclopedia articles (including the article images and facts) can be freely used under Attribution-ShareAlike license, unless stated otherwise. Cite this article:
Wireless Facts for Kids. Kiddle Encyclopedia.