Wykagyl is a suburban community in New Rochelle, Westchester County, New York. It is conterminous with ZIP code 10804, encompassing much of the city's 'North End'. According to Forbes, in 2010 Wykagyl's 10804 ZIP code, with a median home price of $806,264, ranked 333rd on its list of the 500 most expensive ZIP codes in the U.S. The Washington Post ranks Wykagyl among the nation's 650 Super Zips, or those with the highest percentile rankings for median household income and the share of adults with college degrees or higher.

Wykagyl consists primarily of sprawling, residential parks and planned communities built in the early to mid twentieth century, featuring large period-style homes and large well landscaped lots. Architectural styles include Elizabethan and Cotswold Tudors, Mediterranean-style villas, and classic colonials. Colonial, ranch and split level homes typical of the 1950s and 60's dominate the northernmost end of the community. At the center of the community is an 18-hole golf course and country club as well as a small business district of retail stores and offices, garden apartment complexes and condominium developments, public and private educational institutions, and assorted houses of worship.

The area's unusual name (pronounced WIHK'-uh-gihl or WICK-uh-gill) is commonly believed to have originated through the combination of two Native American words: wigwos, meaning birch bark, and keag, meaning country. The name most likely resulted from the shortening the name of an Algonquian-speaking band of Lenape who originally inhabited the area.

Around the end of the 19th century, this area of "Upper Rochelle" was still primarily farm land with the exception of the adjoining Wykagyl Country Club, which relocated to its current site in 1905. By 1912, New Rochelle's home development was rapidly extending northward, with North Avenue serving as the central thoroughfare. A syndicate of bankers and investors began amassing expansive tracts of forest and farm land surrounding the club, eventually incorporating under the name Wykagyl Reservation. The reservation was ideally located to take advantage of the new transportation facilities afforded by the recently completed New York, Westchester and Boston Railway commuter line through the area. Alfred Feltheimer, the architect who designed and named the railroad's stations, chose "Wykagyl" in association with the its location adjacent to the golf club. The new rail line spurred new construction and commercial activity, prompting a population boom.

Developers immediately set to the task of providing them with fine homes and desirable communities on the waiting large tracts of farmland. "Wykagyl Gardens", one of the largest apartment complexes in the country at the time, was built adjacent to the station. 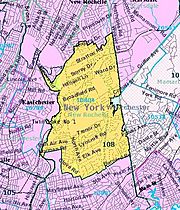 There were 4,961 households, out of which 1,808 had children under the age of 18 living with them. 3,689 were married couples living together, 224 had a female householder with no husband present, and 828 were non-families. 490 households constituted someone living alone who was 65 years of age or older. The average family size was 3.3 people. 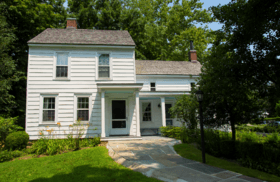 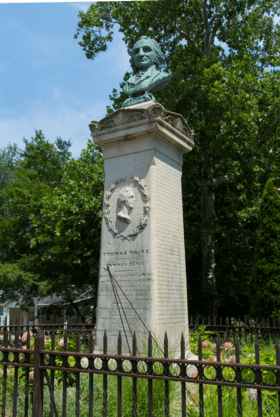 The area is served by the City School District of New Rochelle, which operates a public high school, two junior high schools, and six elementary schools. Located within Wykagyl are:

Several private primary and secondary schools are located within the Wykagyl area, including:

All content from Kiddle encyclopedia articles (including the article images and facts) can be freely used under Attribution-ShareAlike license, unless stated otherwise. Cite this article:
Wykagyl (New Rochelle) Facts for Kids. Kiddle Encyclopedia.