Xylotoles griseus, the fig longhorn, is a species of beetle in the family Cerambycidae. It was described by Johan Christian Fabricius in 1775, originally under the genus Saperda. It is known from New Zealand where it feeds on elm trees. It is widespread and common in New Zealand, breeding on many species of trees. It was found in the UK for the first time when a number of adults were taken from a recently felled fig tree at Westward Ho!, Devon in 2014. 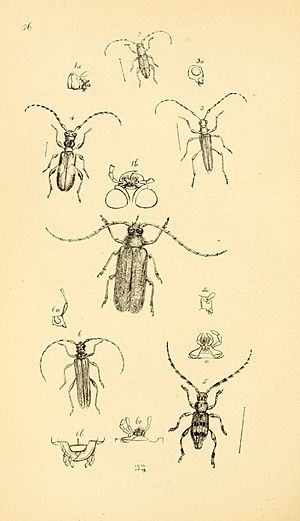 All content from Kiddle encyclopedia articles (including the article images and facts) can be freely used under Attribution-ShareAlike license, unless stated otherwise. Cite this article:
Xylotoles griseus Facts for Kids. Kiddle Encyclopedia.