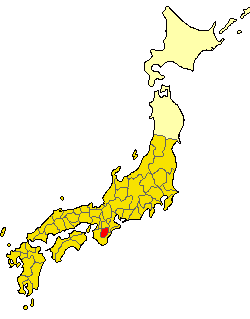 Yoshino Province (芳野監, Yoshino-gen), also known as Washū, was an old province of Japan in the area of Nara Prefecture on the island of Honshū. The history of the province started in 716 and ended in 738. 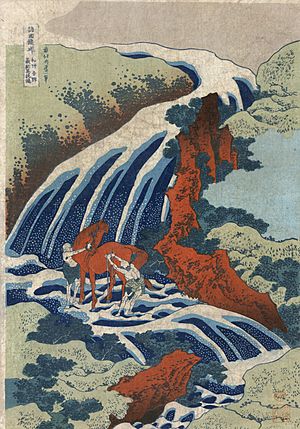 The province was established when Yoshino District was separated from Yamato Province.

Yoshino Province was abolished sometime after 738. It was reformed as part of Yamato Province.

The Buddhist temple of Hisosan-ji was established in the province.

All content from Kiddle encyclopedia articles (including the article images and facts) can be freely used under Attribution-ShareAlike license, unless stated otherwise. Cite this article:
Yoshino Province Facts for Kids. Kiddle Encyclopedia.