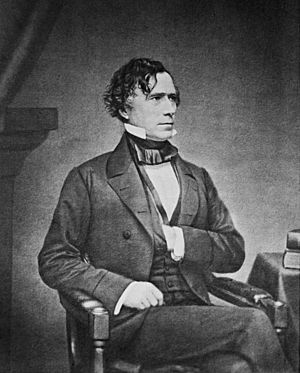 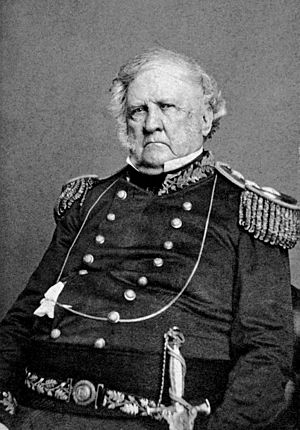 Millard Fillmore was the incumbent president, having replaced Zachary Taylor, the 1848 winner, on his death in 1850. Fillmore belonged to the Whig Party. Instead of choosing Fillmore as a candidate for 1852, the Whigs chose General Winfield Scott. William Alexander Graham was Scott's running mate, the person who would become vice-president if elected.

All content from Kiddle encyclopedia articles (including the article images and facts) can be freely used under Attribution-ShareAlike license, unless stated otherwise. Cite this article:
1852 United States presidential election Facts for Kids. Kiddle Encyclopedia.