The process of presidential primary elections and nominations were held during the last six months of 2019.

Current President Tsai Ing-wen of the Democratic Progressive Party (DPP), who was elected in 2016, won re-election. She is scheduled to be inaugurated on 20 May 2020.

Other parties and independents 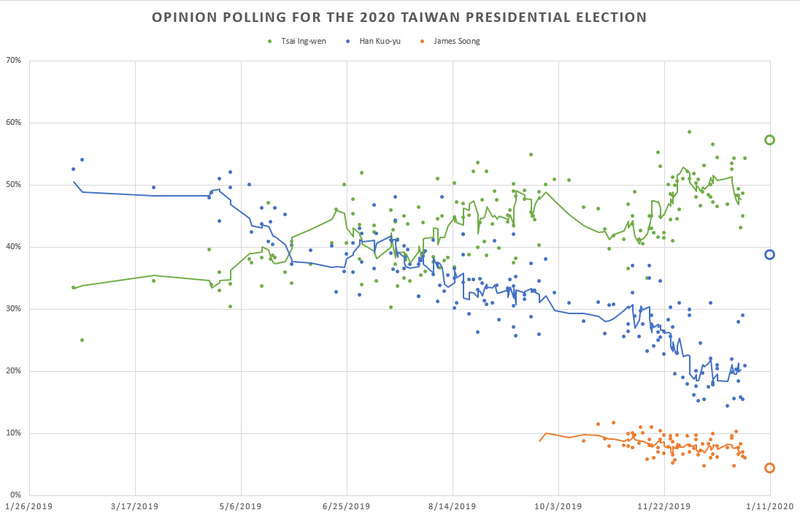 All content from Kiddle encyclopedia articles (including the article images and facts) can be freely used under Attribution-ShareAlike license, unless stated otherwise. Cite this article:
2020 Taiwan presidential election Facts for Kids. Kiddle Encyclopedia.