The main source of sound in an acoustic guitar is the string, which is plucked or strummed with the finger or with a plectrum. The string vibrates at a necessary frequency and also create many harmonics at various different frequencies.

The frequencies produced can depend on string length, mass, and tension. The string causes the soundboard and sound box to vibrate, and as these have their own resonances at certain frequencies, they amplify some string harmonics more strongly than others, hence affecting the timbre produced by the instrument. 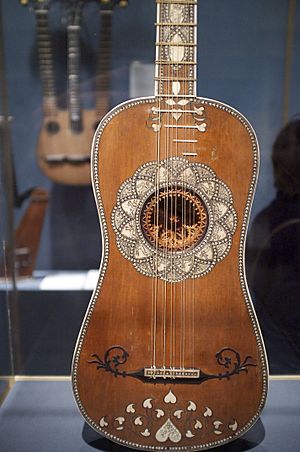 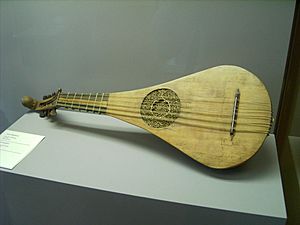 Gitterns, a small plucked guitar were the first small like guitar instruments created during the Middle Ages with a round back like that of a lute. Guitar like shaped instruments where not seen until the Renaissance era where the body and size began to take a guitar like shape.

The Real production of guitars kicked off in France where the popularity and production first began increasing with large quantities. Spain became the homeland of the guitar but there's very little information on the early makers there, unlike France, where many inventors and artists first began overproducing these instruments and its music.

By the 19th century, coursed strings where evolved into 6 single stringed instruments much like that of the guitar today. 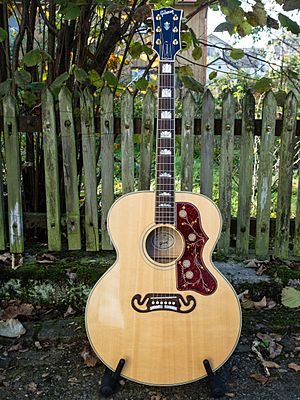 The acoustic guitar's soundboard, or top, also has a strong effect on the loudness of the guitar. No amplification actually occurs in this process, because no external energy is added to increase the loudness of the sound (as would be the case with an electronic amplifier).

All the energy is provided by the plucking of the string. But without a soundboard, the string would just "cut" through the air without actually moving it much. The soundboard increases the surface of the vibrating area in a process called mechanical impedance matching. The soundboard can move the air much more easily than the string alone, because it is large and flat. This increases the entire system's energy transfer efficiency, and a much louder sound is emitted.

In addition, the acoustic guitar has a hollow body, and an additional coupling and resonance effect increases the efficiency of energy transmission in lower frequencies.

The different complex air coupling interactions, and the resonant properties of the panels themselves, are a key reason that different guitars have different tonal qualities. The sound is a complex mixture of harmonics that give the guitar its distinctive sound.

Classical gut-string guitars had little projection, and so were unable to displace banjos until innovations increased their volume.

These innovations allowed guitars to compete with and often replace the banjos that had previously dominated jazz bands. The steel-strings increased tension on the neck; for stability, Martin reinforced the neck with a steel truss rod, which became standard in later steel-string guitars.

An acoustic guitar can be amplified by using various types of pickups or microphones. However, amplification of acoustic guitars had many problems with audio feedback. 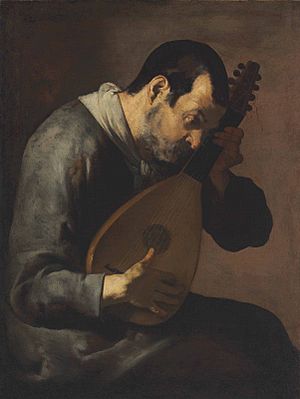 A man playing a lute

Historical and modern acoustic guitars are extremely varied in their design and construction, far more so than electric guitars. Some of the most important varieties are the classical guitar (nylon-stringed), steel-string acoustic guitar and lap steel guitar. 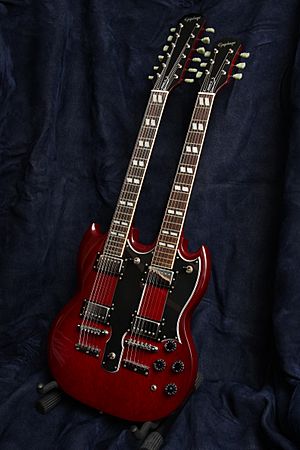 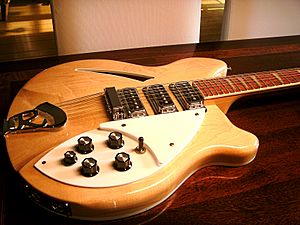 All content from Kiddle encyclopedia articles (including the article images and facts) can be freely used under Attribution-ShareAlike license, unless stated otherwise. Cite this article:
Acoustic guitar Facts for Kids. Kiddle Encyclopedia.