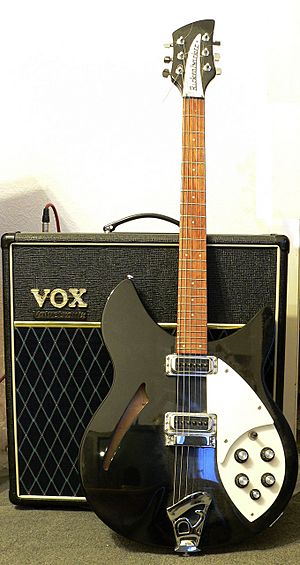 Rickenbacker International Corporation, also known as Rickenbacker (pronounced /ˌrɪkənˈbækɚ/) [1]), is an American company that makes electric guitars. The company invented the first electric guitar during the 1930s. The guitars are made at its headquarters in Santa Ana, California. Rickenbacker is the largest guitar company to make all of their guitars within the United States.

All content from Kiddle encyclopedia articles (including the article images and facts) can be freely used under Attribution-ShareAlike license, unless stated otherwise. Cite this article:
Rickenbacker Facts for Kids. Kiddle Encyclopedia.