Ada Jane Jones (June 1, 1873 – May 2, 1922) was an English-American popular singer who made her first recordings in 1893 on Edison cylinders. She is among the earliest female singers to be recorded.

She was born in Lancashire, UK, but moved with her family to Philadelphia, Pennsylvania, at the age of six in 1879. She started performing on stage, including juvenile roles in the 1880s.

She sang in a contralto, learning songs by ear, and lacked the ability to read music or play an instrument. Her repertoire included ballads, ragtime, vaudeville, and comedy in a variety of dialects. During 1893–1894, she recorded for Edison Records on wax cylinders, making her among the earliest female singers to be recorded. She sang with Billy Murray, Billy Watkins, Cal Stewart, Len Spencer, the American Quartet, and with her 12-year-old daughter Sheilah. Touring was made difficult due to epilepsy.

In 1893 or 1894 she recorded some musical performances for the North American Phonograph Company, including "Sweet Marie" and "The Volunteer Organist". But the demise of this company interrupted her recording career and it was not until 1905 that she returned to recording, after a few years doing performances at such locations as Huber's 14th Street Museum in New York City.

Ada Jones recorded "The Yama Yama Man" in 1909 for the Victor Light Opera Company. The lyrics for verse two and three were changed from the original, verse two being more bawdy. It was the most popular song of her career, spending five weeks at number one.

Jones died in Rocky Mount, North Carolina, on May 22, 1922 of kidney failure. 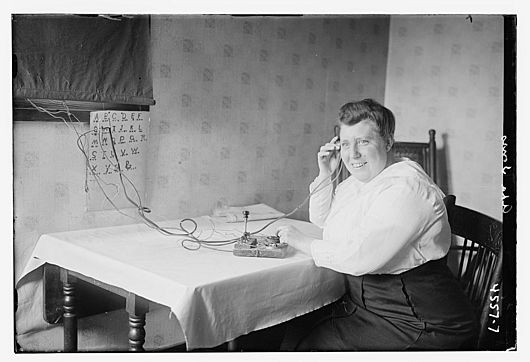 All content from Kiddle encyclopedia articles (including the article images and facts) can be freely used under Attribution-ShareAlike license, unless stated otherwise. Cite this article:
Ada Jones Facts for Kids. Kiddle Encyclopedia.