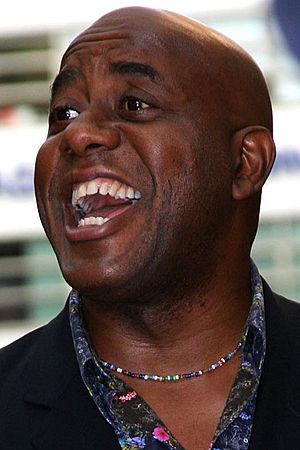 Harriott was born in Paddington, London. His father was the Jamaican-born pianist Chester Harriott (1933–2013). He is separated from his wife Clare Fellows. The couple have two children.

All content from Kiddle encyclopedia articles (including the article images and facts) can be freely used under Attribution-ShareAlike license, unless stated otherwise. Cite this article:
Ainsley Harriott Facts for Kids. Kiddle Encyclopedia.