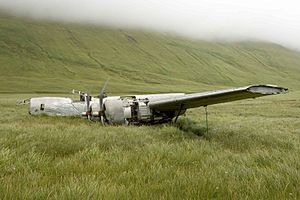 The Aleutian Islands World War II National Monument is a U.S. national monument in the Aleutian Islands of Alaska. It is located on three islands in the Alaska Maritime National Wildlife Refuge. It was designated as part of World War II Valor in the Pacific National Monument by an executive order of George W. Bush on December 5, 2008, with sites in Alaska, California, and Hawaii. The John D. Dingell, Jr. Conservation, Management, and Recreation Act, signed into law March 12, 2019, separated the national monument into separate units in each state. It is managed by the United States Fish and Wildlife Service.