Sultan Ali Mughayat Syah (died 7 August 1530) was the first sultan of Aceh in northern Sumatra, reigning from about 1514 until his death. Although he was not the first ruler of the Aceh heartland, he is considered the founder of the greater Aceh empire. His time also saw the emergence of the long struggle with the Portuguese for the political and economic supremacy in the Melaka Straits. Sultan Ali's life and career are nevertheless ill-chronicled, and have to be pieced together from various Acehnese, Malay and European accounts.

The rise of Aceh

In the fifteenth century, three port kingdoms dominated northernmost Sumatra. Samudra Pasai had been a Muslim sultanate since the late thirteenth century, controlling part of the inter-Asian trade that went through the Melaka Straits. However, by the early sixteenth century it was wrecked by political turmoil. Another important state was Pidië which was a prominent producer of pepper and befriended the Portuguese since 1509. A third one was Daya (possibly at present-day Calang) where the Portuguese founded a settlement in the early sixteenth century.

The origins of Aceh are disputed. According to the Hikayat Aceh two bidadaris (heavenly nymphs) married two princely brothers from Lamuri and gave rise to the royal dynasty. Other stories speak of Minangkabau, Arab or even Seljuq origins for the royal line. According to the Sejarah Melayu a prince of Champa called Syah Poling (Pau Ling), the son of the King of Champa Syah Pau Kubah, fled Champa when the Vietnamese sacked the capital, Vijaya in 1471. He founded the royal line in Aceh. Indeed, Acehnese is the only non-Chamic relative in the subgroup Aceh-Chamic languages. At any rate, Aceh does not seem to have been a prominent kingdom before 1500. At the end of the fifteenth century a Raja Inayat Syah, son of Abdullah Almalik Almubin, reigned over Dar al-Kamal, the direct predecessor of Banda Aceh. He had two sons, namely Alauddin (d. 1508) who was king of Daya, and Sultan Muzaffar Syah who succeeded his father. Muzaffar was probably expelled by the king of Pidië and died in 1497. When the Portuguese arrived some years later they heard that Aceh was a vassal under Pidië. At this time it was governed by Syamsu Syah, son of Munawwar Syah. Syamsu Syah later had to abdicate in favour of his son Ali Mughayat Syah, and died in 1530. Ali was married to Sitt Hur (d. 1554), a daughter of Alauddin of Daya (alternatively, with Puteri Setia Indera, daughter of Raja Inayat Syah), thus binding the two lines of Aceh rulers together. He was strongly supported by his brother Raja Ibrahim, who was a prominent military commander. According to the authoritative chronicle Bustanus Salatin, he was the first sultan of Aceh.

The time when Sultan Ali Mughayat Syah came to the throne is not certain. The later chronicles give him 15, 16 or 18 years which would place his accession at c. 1512-15. He may have reigned earlier than that since his reign reportedly overlapped with that of Sultan Ma'arif Syah of Pidië (d. 1511). According to the Hikayat Aceh, Sultan Maa'rif asked for Sultan Ali's sister in marriage but was turned down since he ate with commoners, and since Sultan Ali's family was descended from a bidadari. The enraged Sultan Ma'arif attacked Aceh but suffered a bad defeat due to Sultan Ali's superior tactics. Apparently this made an end to Aceh's dependence on Pidië. At his death, dated in 1511 by epigraphic evidence, Sultan Ma'arif was succeeded by his son Sultan Ahmad, but he was not valued by the population since he had not done his best in the struggle against Aceh. A Portuguese source from c. 1512-15 suggests that the war between Aceh and Pidië was raging at that time. After a while Sultan Ali Mughayat Syah invaded Pidië whose ruler was abandoned by his people and only defended by his slaves. Sultan Ahmad fled to Pasai while Pidië was incorporated in the Aceh kingdom. Portuguese sources indicate that this happened in the early 1520s

Meanwhile, the Portuguese had conquered Melaka in 1511. They rapidly gained the animosity of Muslim and other traders who preferred to move to other port cities in the region. In this process, the strongly Muslim Aceh was a clear winner. Aceh enjoyed a strategic location at the northern tip of Sumatra, which gave it access to trade in the Indian Ocean area and the Red Sea. An unreliable Ottoman account says that the sultan of Aceh approached the Ottoman sultan Selim I in 1516 and offered vassalage. However, the Acehnese-Ottoman relations actually seem to belong to a later period, during the reign of Sultan Ali's son Alauddin al-Kahar. In his geographical work Suma Oriental (c. 1512-15) the Portuguese writer Tomé Pires writes that the king of Aceh also ruled over Lamuri and lorded over Biheue. He was "a knightly man among his neighbours. He uses piracy when he sees an opportunity." The ruler had 40 lancharas (ships) to use for sea expeditions. Other kingdoms on the north coast at that time included Pidië, Lide (unknown location), Peudada, and Pasai.

The first direct contact between Aceh and the Portuguese took place in 1519 when a Gaspar da Costa arrived with a ship but was captured by the inhabitants. He was later ransomed by the syahbandar (harbour master) of Pasai and found refuge there. In the next year 1520, Sultan Ali and his brother Raja Ibrahim began a series military campaigns to dominate the northern part of Sumatra, which would soon draw in the Portuguese in a deadly struggle. His first campaign was to Daya, on the northwest coast, which, according to Tomé Pires, had not yet been Islamized (although this can only be partly true since members of the Acehnese sultan's family ruled the place). A Portuguese fort had been built there, but was now lost. Further conquests extended down the east coast, incorporating several pepper-producing and gold-producing regions. The addition of such regions ultimately led to internal tensions within the Sultanate, as Aceh's strength was as a trading port, whose economic interests vary from those of producing ports.

Next, a Portuguese fleet with 200 men led by Jorge de Brito arrived in 1521. Sultan Ali sent an envoy, a certain Portuguese who stayed in Aceh, with gifts to the visitors. However, the envoy changed sides and persuaded de Brito to attack the capital of Aceh, reminding him of previous Acehnese robberies and enticing him with stories of a sanctuary filled with gold in the capital. However, Sultan Ali marched out with 800-1,000 men and 6 elephants and inflicted a total defeat on the Portuguese. De Brito was killed and the survivors fled to the ships. Much European artillery was captured which came to good use against Pidië. In the same year the Portuguese occupied Pasai, inspiring new Acehnese attacks. 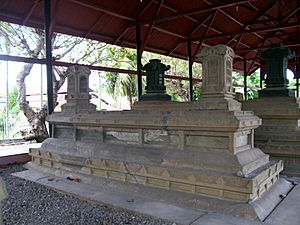 Pidië was soon conquered, as related above. A Portuguese fleet which had been dispatched to support Pidië was successfully pushed back. Sultan Ali's brother and commander Raja Ibrahim fell in the war of conquest on 30 November 1523. However, in 1524 Pasai was eventually captured and the Portuguese garrison there was expelled. The Sultan of Pasai fled to Melaka while the ex-rulers of Pidië and Daya escaped to Aru (roughly corresponding to the later Deli). These military actions challenged both the naval power of Portuguese and the holdings of the Sultanate of Johor on Sumatra. The victories of the 1520s created the larger Aceh Empire that would exist until the Aceh War (1873-1903). However, the struggle with the Portuguese went on unabated. In 1527 Captain Francisco de Mello sank an Acehnese vessel at the roadstead outside the capital and killed the crew. In the next year Simão de Sousa Galvão was forced to seek shelter in Aceh due to a storm. He was attacked by the local people who killed most of the foreigners and took the rest as prisoners. Sultan Ali began to negotiate about peace, with the effect that the preparations for a joint expedition by Aru and the Portuguese were halted. Nevertheless, new incidents soon followed and the sultan had all the Portuguese prisoners killed. In 1529 Sultan Ali made up a plan to conquer Melaka by surprise; however, news of the plans leaked out and the enterprise never got under way.

The death of Sultan Ali Mughayat Syah is given variously by the later chronicles: 1511, 1522, 1530. According to the testimony of his gravestone he died on 7 August 1530, exactly one month before his abdicated father Syamsu, and was buried in the palace compound of Kutaraja (Banda Aceh). According to the Portuguese chronicler João de Barros he was poisoned by his wife, a sister of the ruler of Daya, in order to exact revenge for the conquest of Daya. This lady, Sitt Hur, survived him for 24 years and died on 6 December 1554. Sultan Ali left two sons called Salahuddin and Alauddin al-Kahar. Salahuddin, who did not share his military abilities, succeeded him on the throne. However, it was the younger son Alauddin who would lay the real basis for Aceh's power after 1539.

All content from Kiddle encyclopedia articles (including the article images and facts) can be freely used under Attribution-ShareAlike license, unless stated otherwise. Cite this article:
Ali Mughayat Syah Facts for Kids. Kiddle Encyclopedia.