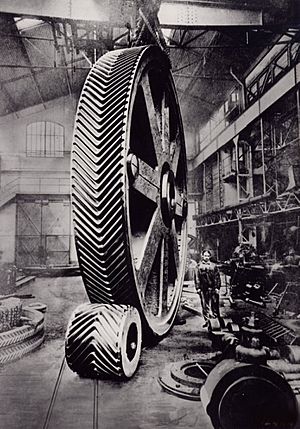 The gears with double chevrons that reputedly were the basis of the Citroën logo. 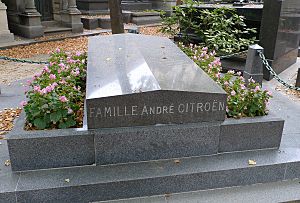 His grave in Paris

André-Gustave Citroën ( 5 February 1878 – 3 July 1935) was a French industrialist and freemason of Dutch and Polish Jewish origin. He was the founder of the car company Citroën, but also for his application of double helical gears.

All content from Kiddle encyclopedia articles (including the article images and facts) can be freely used under Attribution-ShareAlike license, unless stated otherwise. Cite this article:
André Citroën Facts for Kids. Kiddle Encyclopedia.