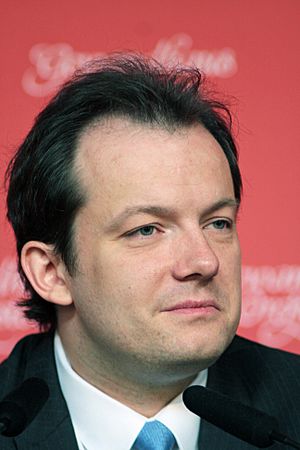 Andris Nelsons (born November 18 1978) is a Latvian conductor. He is particularly known as the conductor of the City of Birmingham Symphony Orchestra.

Nelsons was born in Riga, Latvia. His parents were both musicians. His mother started the first early music group in Latvia. His father plays the cello and conducts choirs.

All content from Kiddle encyclopedia articles (including the article images and facts) can be freely used under Attribution-ShareAlike license, unless stated otherwise. Cite this article:
Andris Nelsons Facts for Kids. Kiddle Encyclopedia.