Arcola is a ghost town on the Black Warrior River in what is now Hale County, formerly Marengo County, Alabama. Named to honor the French victory during the Battle of Arcola, it was established in the early 1820s by former French Bonapartists as part of their Vine and Olive Colony, after they were forced to abandon their first town at Demopolis and many found Aigleville unsuitable. The first settler at the site was Frederic Ravesies, who established himself at what later became the Hatch Plantation. Although never more than a village, Arcola became the largest settlement in the colony. Beginning in the 1830s American settlers moved into the area and purchased most of the former French land grants, primarily using Arcola as a river landing. By the 1850s the French settlement had disappeared, replaced by a community of adjoining plantations.

"...George Plater Tayloe owned "Elmwood," 1,140 acres (later owned by his son Col. George Edward Tayloe of the Canebrake Legion). He did not live there, however. He bought the place at public auction. I remember the incident as related by him. He co-owned the Walnut Grove plantation with his brothers, Ogle Tayloe and William Henry Tayloe, some eight miles eastward on the Uniontown and Demopolis road. He mounted his horse in the rain to ride at the gallop to reach at the advertised sale at the hour named. He was one of five brother, sons of John Tayloe III of the famous estate Mount Airy on the Rappahanoc(k), Virginia." 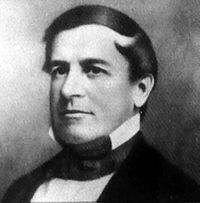 All content from Kiddle encyclopedia articles (including the article images and facts) can be freely used under Attribution-ShareAlike license, unless stated otherwise. Cite this article:
Arcola, Alabama Facts for Kids. Kiddle Encyclopedia.