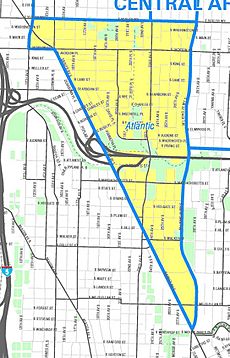 Map of the Atlantic neighborhood 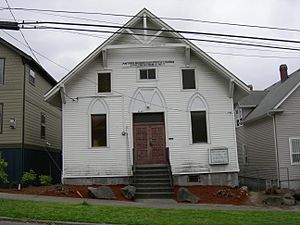 Atlantic is triangular, bounded on the north by E Yesler Way, beyond which are Mann and Minor neighborhoods; on the east by Martin Luther King, Jr. Way S, beyond which is Leschi on the Mount Baker Ridge; and on the west by Rainier Avenue S, beyond which is Yesler Terrace and the International District of Downtown Seattle as well as North Beacon Hill (with S Jackson Street and 12th Avenue S filling out a northwest corner). 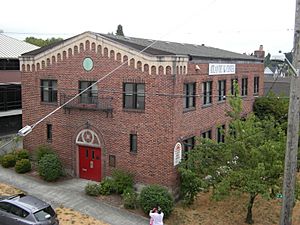 As part of the Central Area (now the Central District), Atlantic is part of Seattle's oldest residential neighborhoods.

The neighborhood suffered greatly during the 1960s through the early 1990s with the disruptions and widenings of Interstate 90 that wiped out a large number of homes in the area and divided the west of the neighborhood. It was not until the 1990s that large-scale development started again in the area.

Judkins is an area of racial diversity. In the 1990s, it was estimated that 55% of the population was African American, 22% Asian American and Pacific Islander American, and 18% White American.

All content from Kiddle encyclopedia articles (including the article images and facts) can be freely used under Attribution-ShareAlike license, unless stated otherwise. Cite this article:
Atlantic, Seattle Facts for Kids. Kiddle Encyclopedia.