White Americans are Americans who are considered or reported as White. The United States Census Bureau defines White people as those "having origins in any of the original peoples of Europe, the Middle East, or North Africa." Like all official U.S. racial categories, "White" has a "not Hispanic or Latino" and a "Hispanic or Latino" component, the latter consisting mostly of White Mexican Americans and White Cuban Americans. The term "Caucasian" is often used interchangeably with "White", although the terms are not synonymous. Many of the non-European ethnic groups classified as White by the U.S. Census, such as Arab-Americans, and Hispanics or Latinos may not identify as, and may not be perceived to be, White.

Definitions of who is "White" have changed throughout the history of the United States.

The term "White American" can encompass many different ethnic groups. Although the United States Census purports to reflect a social definition of race, the social dimensions of race are more complex than Census criteria. The 2000 U.S. census states that racial categories "generally reflect a social definition of race recognized in this country. They do not conform to any biological, anthropological or genetic criteria."

The Census question on race lists the categories White or European American, Black or African American, American Indian and Alaska Native, Native Hawaiian or Other Pacific Islander, Asian, plus "Some other race", with the respondent having the ability to mark more than one racial and\or ethnic category. The Census Bureau defines White people as follows:

"White" refers to a person having origins in any of the original peoples of Europe, the Middle East or North Africa. It includes people who indicated their race(s) as "White" or reported entries such as Irish, German, Italian, Lebanese, Arab, Moroccan or Caucasian.

In U.S. census documents, the designation White overlaps, as do all other official racial categories, with the term Hispanic or Latino, which was introduced in the 1980 census as a category of ethnicity, separate and independent of race. Hispanic and Latino Americans as a whole make up a racially diverse group and as a whole are the largest minority in the country. 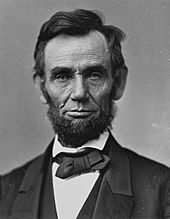 President Abraham Lincoln was descended from Samuel Lincoln and was of English and Welsh ancestry. 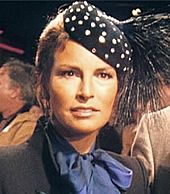 Actress Raquel Welch of Spanish (via Bolivia) and English ancestry back to the Mayflower.

In cases where individuals do not self-identify, the U.S. census parameters for race give each national origin a racial value.

Additionally, people who reported Muslim (or a sect of Islam such as Shi'ite or Sunni), Jewish, Zoroastrian, or Caucasian as their "race" in the "Some other race" section, without noting a country of origin, are automatically tallied as White. The US Census considers the write-in response of "Caucasian" or "Aryan" to be a synonym for White in their ancestry code listing.

In the contemporary United States, essentially anyone of European descent is considered White. However, many of the non-European ethnic groups classified as White by the U.S. Census, such as Arab-Americans, and Hispanics or Latinos may not identify as, and may not be perceived to be, White.

The definition of White has changed significantly over the course of American history. Among Europeans, those not considered White at some point in American history include Italians, Greeks, Spaniards, Irish, Swedes, Finns, and Russians. Early on in the United States, membership in the white race was generally limited to those of British, Germanic, or Nordic ancestry.

David R. Roediger argues that the construction of the white race in the United States was an effort to mentally distance slave owners from slaves. The process of officially being defined as white by law often came about in court disputes over pursuit of citizenship.

All content from Kiddle encyclopedia articles (including the article images and facts) can be freely used under Attribution-ShareAlike license, unless stated otherwise. Cite this article:
White Americans Facts for Kids. Kiddle Encyclopedia.