Atolia is a ghost town in the Mojave Desert near Randsburg, in northwestern San Bernardino County, California.

It was at the site of a tungsten mine that started production about 1905. The community was named after two mining company officials, Atkins and DeGolia. At one time there were 2000 people living there.

Atolia was on the Randsburg Railway line. There was once a dairy, a movie theater, and the Bucket of Blood saloon. But, as of 2007[update], commercial operations have been abandoned. 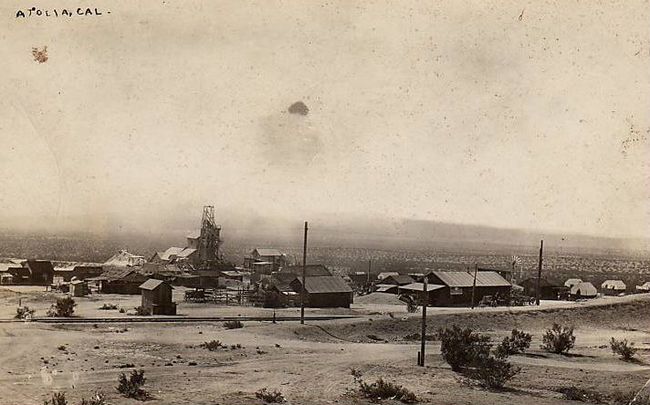 Atolia and mine in the Mojave Desert, circa 1908 postcard.

All content from Kiddle encyclopedia articles (including the article images and facts) can be freely used under Attribution-ShareAlike license, unless stated otherwise. Cite this article:
Atolia, California Facts for Kids. Kiddle Encyclopedia.