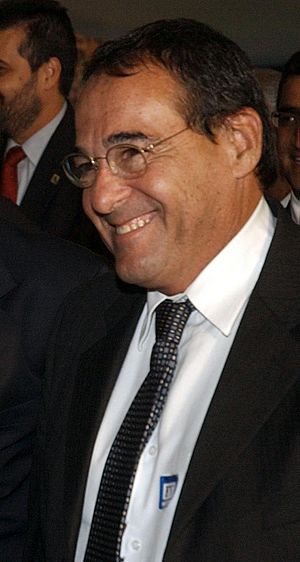 Bebeto was born in Rio de Janeiro. He won a silver medal at the 1984 Olympics. He won the 1998 World Championships with Italy men's national team. He also competed in the volleyball tournaments at the 1972 Summer Olympics and the 1976 Summer Olympics.

The following year he began his career as football manager for Clube Atlético Mineiro, moving to Botafogo in 2002, bringing the team back to Campeonato Brasileiro Série A in 2003.

All content from Kiddle encyclopedia articles (including the article images and facts) can be freely used under Attribution-ShareAlike license, unless stated otherwise. Cite this article:
Bebeto de Freitas Facts for Kids. Kiddle Encyclopedia.