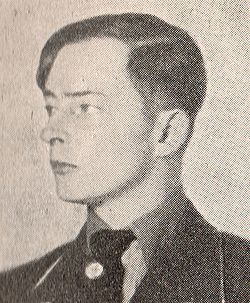 Von Arendt worked as a stage designer; he joined the SS in 1931 and the NSDAP in 1932. The same year, he was one of the people who started the "Bund nationalsozialistischer Bühnen- und Filmkünstler" ("Union of national-socialist stage and movie artists"), which was later called "Kameradschaft deutscher Künstler" ("fellowship of German artists") after Hitler began to rule Germany in 1933. Von Arent was made "Reichsbühnenbildner" ("Reich stage designer") in 1936 and "Reichsbeauftragter für die Mode" ("Reich agent for fashion") in 1939. In 1944, he was given the rank of SS-Oberführer (senior colonel).

All content from Kiddle encyclopedia articles (including the article images and facts) can be freely used under Attribution-ShareAlike license, unless stated otherwise. Cite this article:
Benno von Arent Facts for Kids. Kiddle Encyclopedia.