Bennys Run (also known as Buddys Run or Benny's Run) is a tributary of Shamokin Creek in Northumberland County, Pennsylvania, in the United States. It is approximately 3.8 miles (6.1 km) long and flows through Shamokin Township. The watershed of the stream has an area of 6.12 square miles (15.9 km2). The stream is not designated as an impaired waterbody and it has a relatively high level of water quality. It is a small, shallow stream and its watershed is designated as a Coldwater Fishery and a Migratory Fishery. A few bridges have been constructed across the stream. 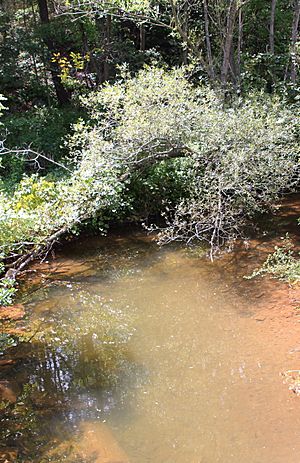 Bennys Run is not designated as an impaired waterbody. The engineering department of the Pennsylvania Department of Transportation once received an NPDES permit to discharge stormwater into the stream for construction purposes. However, in 2005 and 2006, the Pennsylvania Department of Environmental Protection received complaints about untreated sewage discharge into the creek. The estimated flow of sewage into the stream was 12,000 US gallons (45 m3) per day.

Bennys Run has a relatively high level of water quality. It is not impacted by mining.

Bennys Run is a small and shallow stream situated in Irish Valley. It flows in a generally easterly direction.

A road known as Irish Valley Road runs alongside Bennys Run for some distance. There are areas of rural land in the vicinity of the stream.

Bennys Run was entered into the Geographic Names Information System on August 2, 1979. Its identifier in the Geographic Names Information System is 1169259. The stream is named after "Benny", a man who used to live along the stream. However, it is also known as Buddys Run or Benny's Run. This variant name appears on a United States Geological Survey map from 1952. However, in 1969, several locals who had lived near the stream for 50 years had never heard of the stream being called Buddys Run.

The drainage basin of Bennys run is designated as a Coldwater Fishery and a Migratory Fishery.

All content from Kiddle encyclopedia articles (including the article images and facts) can be freely used under Attribution-ShareAlike license, unless stated otherwise. Cite this article:
Bennys Run Facts for Kids. Kiddle Encyclopedia.