The Berkeley Art Museum and Pacific Film Archive (BAMPFA, formerly abbreviated as BAM/PFA) are a combined art museum, repertory movie theater, and archive associated with the University of California, Berkeley. Lawrence Rinder was Director from 2008 to 2020, to be succeeded by Julie Rodrigues Widholm in August, 2020. The museum is a member of the North American Reciprocal Museums program. 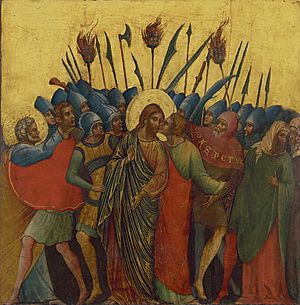 The University of California art collection began with Flight into Egypt, a 16th-century oil on wood panel by the School of Joachim Patinir gifted to the University by San Francisco banker and financier François Louis Alfred Pioche in 1870. The museum was founded in 1963 after a donation was made to the university from artist and teacher Hans Hofmann of 45 paintings plus $250,000. A competition to design the building was announced in 1964, and the museum, designed by Mario Ciampi, opened in 1970. 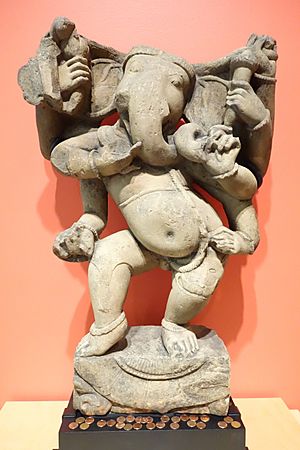 In 2009, the museum acquired (as a gift from the artist) the Abu Ghraib Series of 56 painting and drawings by Fernando Botero. Selections from the series are regularly included in the museum's revolving Art for Human Rights exhibitions.

In 2014, the museum acquired San Francisco collector and dealer Steven Leiber's collection of Conceptual art and art materials, as well as his library of reference and artists' books related to Conceptualism and the Fluxus movement. According to The New York Times, "with the acquisition…the museum and film archive will become one of the world’s most important centers for the study of Conceptual art."

In 2019, as a bequest, the museum acquired the Eli Leon Collection of almost 3,000 works by African-American quilt makers, including more than 500 works by Rosie Lee Tompkins. The collection now accounts for about 15 percent of the museum's art collection. Drawing from the Eli Leon Collection, BAMPFA organized the exhibit Rosie Lee Tompkins: A Retrospective (opened February 19, 2020; closed due to COVID-19 shut-down; re-opens September through December 20, 2020); The New York Times called it "a triumphal retrospective" that "confirms her standing as one of the great American artists–transcending craft, challenging painting and reshaping the canon." A subsequent exhibition showcasing the broader Eli Leon Collection will open at the museum in 2022.

The Pacific Film Archive (PFA) was founded by Sheldon Renan, who began screening films on the UC campus in 1966 and was appointed Director of the new PFA in 1967. The PFA specializes in programming films "in a theoretical or critical context—exploring, for example, film noir in the context of the post-war ethos." Lectures by film scholars and visits from filmmakers further contextualize the programming. The archive houses 16,000 films and videos, including the largest collection of Japanese films outside of Japan. The PFA also includes a library and study center, and maintains online catalogs of its films and books and an online database of documentation associated with the films.

The former Berkeley Art Museum building was designed by Mario Ciampi and opened in 1970. The concrete Brutalist building was deemed seismically unsafe in 1997, and iron braces were added in 2001 to improve safety. In 1999, the Pacific Film Archive moved to a temporary building across the street. 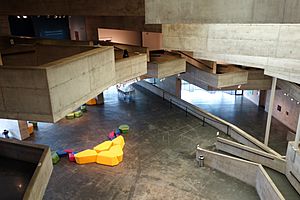 In 2008, BAMPFA unveiled plans for a new visual arts center, to be designed by the Japanese architect Toyo Ito and located in downtown Berkeley, across the street from UC Berkeley's main entrance. In 2009 those plans were cancelled. Citing the weak economy and trouble raising necessary funds, BAMPFA decided to retrofit and enlarge (rather than demolish) the former University of California Press printing plant at that site, a 1939 Art Deco building on the California Register of Historic Resources and qualified to be on the National Register of Historic Places. 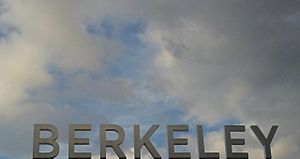 In 2011, BAMPFA presented the schematic design for the $100 million transformation of the former printing plant into its new home, designed by the New York firm Diller Scofidio + Renfro. Located at 2120 Oxford Street in downtown Berkeley, the building combines the existing concrete structure with a new metal-clad, skylighted addition that includes several galleries, a 232-seat theater, a store and a learning center. Construction began in 2013. The museum re-opened to the public on January 31, 2016. The building totals 83,000 square feet, with 25,000 square feet of gallery space.

The vacated Mario Ciampi building was added to the National Register of Historic Places in 2014 (National Register Information System ID: 13001034). The building is being "reimagined" and is projected to reopen in 2021 as Woo Hon Fai Hall, home to the new Bakar BioEnginuity Hub.

All content from Kiddle encyclopedia articles (including the article images and facts) can be freely used under Attribution-ShareAlike license, unless stated otherwise. Cite this article:
Berkeley Art Museum and Pacific Film Archive Facts for Kids. Kiddle Encyclopedia.