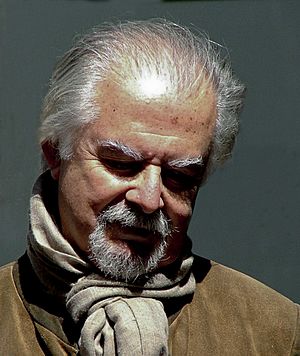 Fernando Botero Angulo (born 19th April 1932) is a Colombian painter and sculptor. Botero is one of the best-known artists of Latin America. Since 1976, he has done figure-sculpting. His figures are special because they are all thick, which makes them look different from others.

All content from Kiddle encyclopedia articles (including the article images and facts) can be freely used under Attribution-ShareAlike license, unless stated otherwise. Cite this article:
Fernando Botero Facts for Kids. Kiddle Encyclopedia.