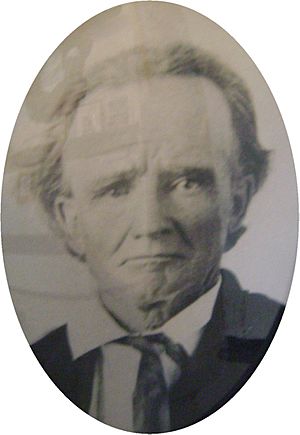 The Big Sable Point Light is a lighthouse on the eastern shore of Lake Michigan near Ludington in Mason County, Michigan, at the Ludington State Park. It is an active aid to navigation.

On July 28, 1866, Congress appropriated $35,000 for a new lighthouse at Big Sable Point. Approximately 933 acres (378 ha) was deeded from the State of Michigan to the U.S. at no cost and in early 1867 construction began, making it the first light station in the area.

Built in 1867, the 112-foot (34 m) tower was originally made of yellow cream brick. It has a focal plane of 106 feet (32 m). The building was made of so-called Cream City Brick. The brick deteriorated and was thereafter covered with boiler plate in 1900.

Construction materials were brought up by ships. The first road to the site was not completed until 1933.

Because the brick deteriorated from exposure to the elements, a steel plate encasement was installed in 1900 at a cost of $3,225. The yellow brick now encased in steel plate was difficult to see and a daymark was needed. Several changes to the daymark over the years were made. Currently, the tower is painted white with a black watch tower and a black band around the middle of the tower. As shown in a historic post card, it was painted red and white at one time; later to become black and white.

It was the last Great Lakes Lighthouse to get electricity and plumbing, which came in the late 1940s.

The original lens was a third order Fresnel lens, inscribed "Sautter & Co., Constructeurs." It was removed in 1985, and is now on display at the Rose Hawley Museum at White Pine Village. The lighthouse follows a design first used at New Presque Isle Light, which was also used on several other lights on the Great Lakes.

After the light was automated, the keeper's house was severely vandalized.

In 1986, the lighthouse station was leased to the Foundation for Behavioral Research. The foundation has worked with the Big Sable Lighthouse Association to preserve the buildings.

In the middle of the 20th Century, 1949, Big Sable was electrified. It was the last Great Lakes light to give up wicks. This paved the way for automation and the elimination of the Lighthouse keeper's job.

The fog horn, which was steam and then diesel.

The site is the subject of constant erosion, so that keeping the foundation in place and the water away from undermining it has been a recurrent and expensive battle.

Listed as Big Sable Point Light Station in the National Register of Historic Places in 1983 as reference #83004296. It is also on the state inventory list.

A historical marker in front of the lighthouse reads:

Called Grande Pointe au Sable by French explorers and traders, Big Sable Point was an important landmark for mariners traveling a treacherous stretch of Lake Michigan shoreline between Big Sable Point and present-day Ludington. In 1855 twelve ships wrecked in that area. Commerce linked to the burgeoning lumber industry required Big Sable Point be suitably lighted. State Senator Charles Mears pressed the legislature to ask the federal government for a light station at Big Sable. In 1866 the U.S. Congress appropriated $35,000 for a lighthouse, which was built the following year. As the lumbering era waned, steamers carrying coal foodstuffs and tourists continued to rely on the lighthouse for navigation.

The Big Sable Point Lighthouse is one of the few Michigan lights with a tower reaching 100 feet (30 m). Completed in 1867 Big Sable's tower measured 112 feet (34 m) high. In 1900 the deteriorating brick tower was encased in steel. The keeper's dwelling, which once housed a single family, has been enlarged over the years, resulting in the present three-family residence. Indoor plumbing and heating and a diesel electric generator were added in 1953. In 1953 power lines were extended to the Point. In 1966 the tradition of light-keeping begun in 1867 by Alonzo A. Hyde and his wife Laura ended when the station was fully automated. Big Sable Point Light Station is listed in the National Register of Historic Places.

The lighthouse was transferred to state ownership on November 1, 2002. The site manager is the Sable Points Light Keepers Association.

Take state highway M-116 north from Ludington to Lakeshore Drive. Proceed north for 6.5-mile (10.5 km) to Ludington State Park. A vehicle permit is required and a fee collected. It is under the care of the Sable Point Lightkeepers Association, which was formed in 1986. The organization has been instrumental in restoring the light and associated buildings. A volunteer keeper program makes is possible for volunteers to live and work in the lighthouse for two week periods. There is a waiting list to do this. Tours are available, and events do occur (a calendar is available).

All content from Kiddle encyclopedia articles (including the article images and facts) can be freely used under Attribution-ShareAlike license, unless stated otherwise. Cite this article:
Big Sable Point Light Facts for Kids. Kiddle Encyclopedia.