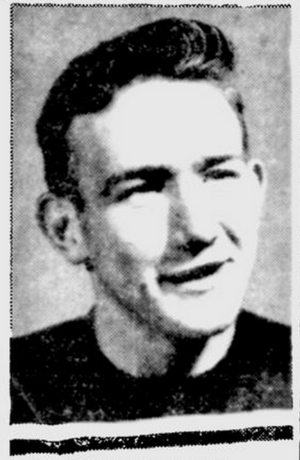 William Richard "Bill" Mitchell (February 22, 1930 – April 1, 2014) was a Canadian professional ice hockey defenceman and coach. He played one in the National Hockey League (NHL) during the 1963–64 season for the Detroit Red Wings. He later coached some teams in Toledo, Ohio in the United States. He was born in Port Dalhousie, Ontario.

Mitchell died from kidney failure on April 1, 2014 in Perrysburg Township, Wood County, Ohio. He was 84 years old. He was outlived by his one daughter and two sons.

All content from Kiddle encyclopedia articles (including the article images and facts) can be freely used under Attribution-ShareAlike license, unless stated otherwise. Cite this article:
Bill Mitchell (ice hockey) Facts for Kids. Kiddle Encyclopedia.