In 1925, the US Post Office asked for a mail plane to replace the DH-4s that it was using then. The new plane would need to use the same engine as the DH-4. A lot of these could be bought. The Boeing Model 40 could carry up to 1,000 lb (450 kg) of mail. The mail was stored in two places at the front of the plane. The wings were made of wood. The Model 40 had landing gear that did not move.

The Model 40 flew for the first time on July 7, 1925. The US Post Office bought the prototype of the Model 40, but it decided to use the Douglas M-2 instead.

Boeing made its own airline, which was called Boeing Air Transport. It started flying from San Francisco to Chicago on July 1, 1927. 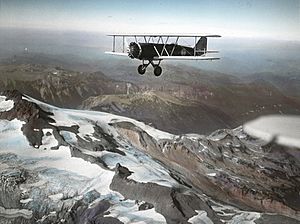 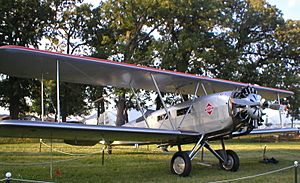 As of February 17, 2008, a Model 40 called Boeing 40C S/N 1043 is the only Model 40 which can still fly. It is the oldest Boeing plane which can still fly. In 1928, the aircraft was damaged after a crash. It was rebuilt by Pemberton and Sons Aviation in Spokane, Washington. On May 8, 2010, this plane flew with Boeing's newest plane, the Boeing 787 Dreamliner.

Many museums have some Model 40s in them. 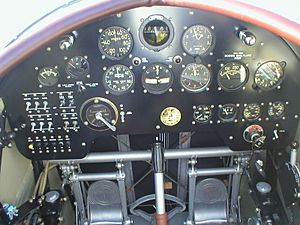 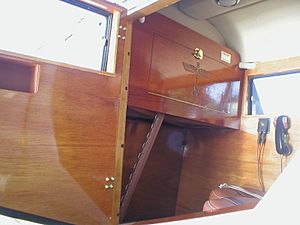 All content from Kiddle encyclopedia articles (including the article images and facts) can be freely used under Attribution-ShareAlike license, unless stated otherwise. Cite this article:
Boeing Model 40 Facts for Kids. Kiddle Encyclopedia.