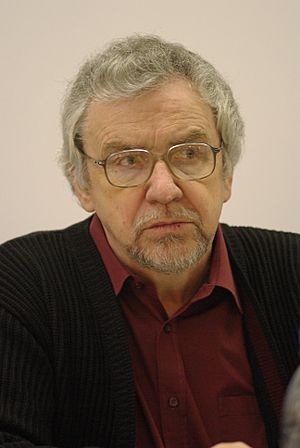 Dubin was the head of department of sociopolitical researches at the Levada Center and the assistant to Lev Gudkov, editor-in-chief of the sociological journal Russian Public Opinion Herald published by the Center. He worked at the Russian State University for the Humanities.

All content from Kiddle encyclopedia articles (including the article images and facts) can be freely used under Attribution-ShareAlike license, unless stated otherwise. Cite this article:
Boris Dubin Facts for Kids. Kiddle Encyclopedia.