Buddhas of Bamiyan facts for kids

The Buddhas of Bamiyan (Persian: بت‌های باميان – but hay-e bamiyan) were two 6th century monumental statues of standing Buddhas carved into the side of a cliff. They are in the Bamyan valley in the Hazarajat region of central Afghanistan.

They were dynamited and destroyed in March 2001 by the Taliban. Japan and Switzerland, among others, have said they would help rebuild the statues. 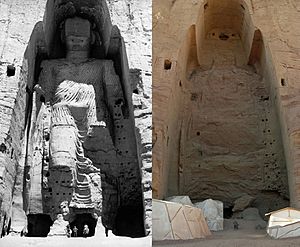 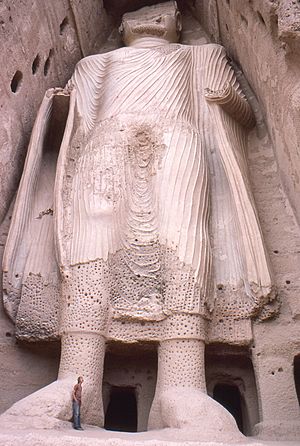 All content from Kiddle encyclopedia articles (including the article images and facts) can be freely used under Attribution-ShareAlike license, unless stated otherwise. Cite this article:
Buddhas of Bamiyan Facts for Kids. Kiddle Encyclopedia.