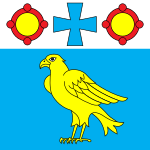 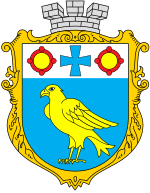 Burshtyn (Ukrainian: Буршти́н) is a city located in Ivano-Frankivsk Oblast, Ukraine. Its population is 14,976 (2020).

It was developed significantly during the Soviet Union period due to Burshtyn Coal Power Station. The city has an old Roman Catholic Church in the center of the city.

The first written mention of the settlement dates back to 1554 (or in 1436 according to other sources).

In the second half of the 16th century the town belonged to the Polish nobleman Skarbek. In October 1629, a famous battle took place near the town, in which the registered Cossacks and the Polish army under the command of Stefan Khmeletsky defeated the Tatar. The attackers were driven further, in particular, to Monastyrysk, where their remains were again destroyed.

From 1630 the owner of Burshtyn was the magnate Yablonovsky. During the Middle Ages, the city was destroyed by raids by Tatars and Turks, in particular during the Polish-Turkish wars of the XVII century (1629, 1675).

All content from Kiddle encyclopedia articles (including the article images and facts) can be freely used under Attribution-ShareAlike license, unless stated otherwise. Cite this article:
Burshtyn Facts for Kids. Kiddle Encyclopedia.