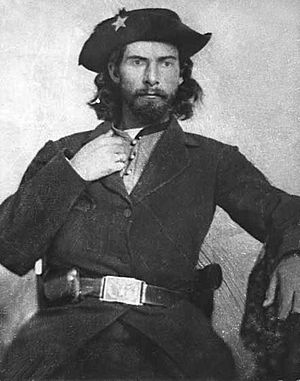 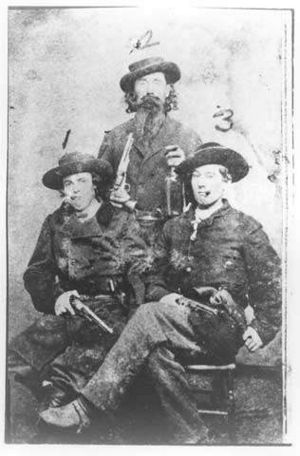 Bushwhacking was a kind of guerrilla warfare. It happened a lot during the American Revolutionary War, American Civil War and other wars in which there were big areas of disagreeable land and few governmental resources to control them. This was very common in rural areas during the Civil War where there were disagreements between those who liked the Union and Confederacy in the war. The perpetrators of the attacks were called bushwhackers. The term "bushwhacking" is still in use today to describe ambushes done with the goal of attrition.

All content from Kiddle encyclopedia articles (including the article images and facts) can be freely used under Attribution-ShareAlike license, unless stated otherwise. Cite this article:
Bushwhacker Facts for Kids. Kiddle Encyclopedia.