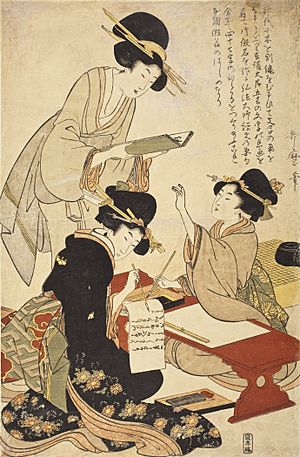 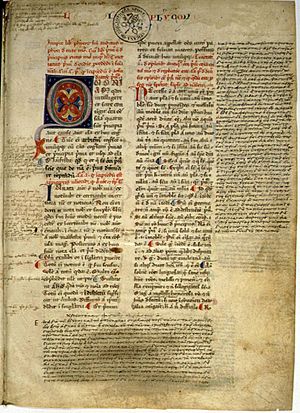 Calligraphy is the art of writing. The word is from the Greek language and means "beautiful writing". In the west, this was an interest in decorating words on the page. Calligraphy in the Western world was always considered a minor art. 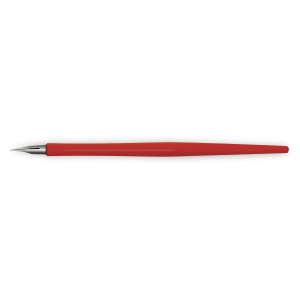 Pen used for Western calligraphy. It is dipped into ink to be able to write.

East Asian calligraphy was a "high art" form before the Tang Dynasty. It continues to have a high status among the arts. It is practiced today by many people including school children. 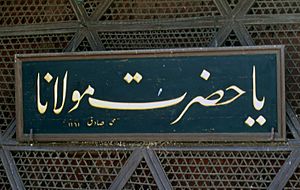 All content from Kiddle encyclopedia articles (including the article images and facts) can be freely used under Attribution-ShareAlike license, unless stated otherwise. Cite this article:
Calligraphy Facts for Kids. Kiddle Encyclopedia.